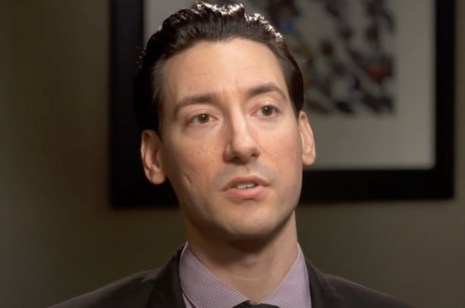 It’s long past time for Dr. Fauci exit stage left. In addition to proving himself as inconsistent on protocols for the public’s pandemic safety, being linked to funds which may have actually created COVID, and becoming the tyrannical face of making kids do another school year on Zoom, Fauci is now alleged to have overseen funding of “illegal” biomedical experiments done using the flesh of aborted babies.

The Center For Medical Progress’s David Daleiden told Tucker Carlson on May 20 that horrific tests done by the University of Pittsburgh involving the fusing of aborted babies’ “scalps” to the bodies of mice were funded by the National Institute of Allergy and Infectious Diseases (NIAID). And guess who runs this research office? That’s right, People’s “Sexiest Man Alive'' nominee, Dr. Fauci.

“You can actually see the photographs in the published study of little baby scalps grafted onto the backs of lab rats, growing little baby hairs.” Daleiden told Carlson. “This study was funded by a grant -- by multiple grants from the NIAID office -- which is run by Dr. Anthony Fauci,” he claimed.

He also explained that the aborted baby parts used in these grotesque experiments were supplied by Planned Parenthood.The fact that Planned Parenthood provides research groups with aborted fetal parts, for a profit, was a grim truth which Daleiden exposed in a series of infamous undercover videos back in 2015.

In a press release published in early May, the Center For Medical Progress alleged, “Publicly available information demonstrates that Pitt hosts some of the most barbaric experiments carried out on aborted human infants.” The statement provided more detail on the nature of the experiments, which involved “scalping 5-month-old aborted fetuses to stitch onto lab rats, exporting fetal kidneys across the country, and killing infants delivered alive for liver harvesting.”

Carlson asked whether Fauci had ever “accounted” for this horrific charge, to which Daleiden responded, “No, and Dr. Anthony Fauci owns every bit of this study … because as the head of the NIAID office, the buck stops with him in terms of how those grants are spent.”

Daleiden also mentioned another graphic detail about the supposed Fauci-approved research: “the fact that they were using scalps from five month old aborted babies -- that means that the heads of those children probably needed to be intact.” The investigator surmised that it means these babies were probably killed through “partial birth abortion” or they were from “infants delivered alive and whole,” who were then killed.

What’s more is that this barbaric research supposedly done under Fauci’s authority, is “illegal” according to the CMP’s statement. “Local Planned Parenthood of Western Pennsylvania abortion providers supply the aborted fetuses, while Pitt sponsors the local Planned Parenthood’s operations, in what looks like an illegal Quid Pro Quo for fetal body parts,” the report read. It added that this is “forbidden by 42 U.S. Code 289g-2 and 18 Pennsylvania Statutes 3216.”

Of course, Pitt University has denied the claims so far. But, if it is true, does it really need to be technically illegal in order to completely discredit Fauci as a trustworthy medical official?