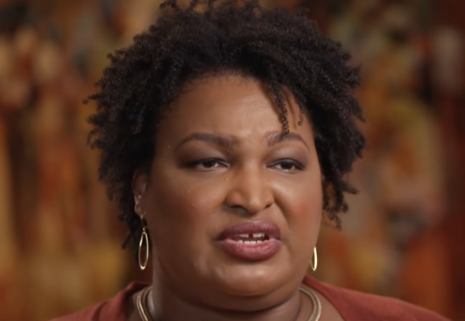 The Hollywood Reporter wrote about the latest achievement from the former Georgia state representative, a crime drama novel called While Justice Sleeps getting the freaking Hollywood treatment. Well, if that’s not a sign of the revolving door between lefty politics and the mainstream media, we don’t know what is.

Though we do have to comment on that book title. Considering Abram’s purported fraudulence in the past, the book should be named While Justice Sleeps, Abrams Gets Every Dead and Out-of-State Voter to Register to Vote in Georgia. Sure, it’s long, but quite apropos.

As far as Abram’s actual Hollywood deal goes, THR reported, “The Georgia politician and author’s novel was picked up after a bidding war by the NBCUniversal International Studios-owned production company Working Title Television.” Apparently, getting the rights to Abrams’ book involved some competition between networks and studios. Tim Bevan, the Co-Chairman of Working Title television, stated, “After weathering the competitive storm to secure Stacey’s novel, we are elated to have come out on top.” 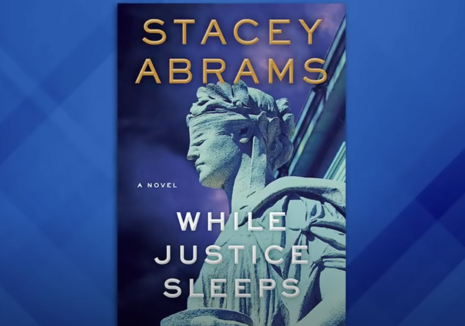 But back to the book. While Justice Sleeps is about a Supreme Court justice who, “suffering from a rare illness, falls into a coma, leaving his young law clerk, Avery Keene, as his legal guardian with power of attorney,” wrote GazetteXtra in a review. Uh oh. As such, Keene becomes the center of a major judicial decision in place of the comatose justice and gets involved in a world of political blackmail and intrigue involving parties trying to get the court on their side.

The reviewer also noted, “Keene is a compelling heroine, clearly bright, principled and devoted. She’s also multi-ethnic, personifying, as Abrams observed in an interview, America’s journey toward becoming a multi-ethnic nation.” Oh, right. Wow, suspense and racial diversity. NBC really got a win out of this one, especially after having to cancel the upcoming Golden Globes for its lack of diversity.

In his statement, the Working Title Co-Chair stated, “this is one of those rare moments when the opportunity feels right, and we look forward to developing this thrilling project with the multihyphenate Abrams.” Yes, her illustrious and versatile career proceeds itself. In addition to Abrams being a state representative, a gubernatorial candidate, and a possible illegal voter registration champion, she was also a racy romance novelist who went by the pseudonym, Selena Montgomery.

Gross – er, we mean, nice! What a talented woman.