Stacey Abrams has a knack for fiction. These days, her skill manifests mostly in her refusal to admit she lost the Georgia governor’s race fair and square. But once upon a time, her creative outlet was authoring smutty books. 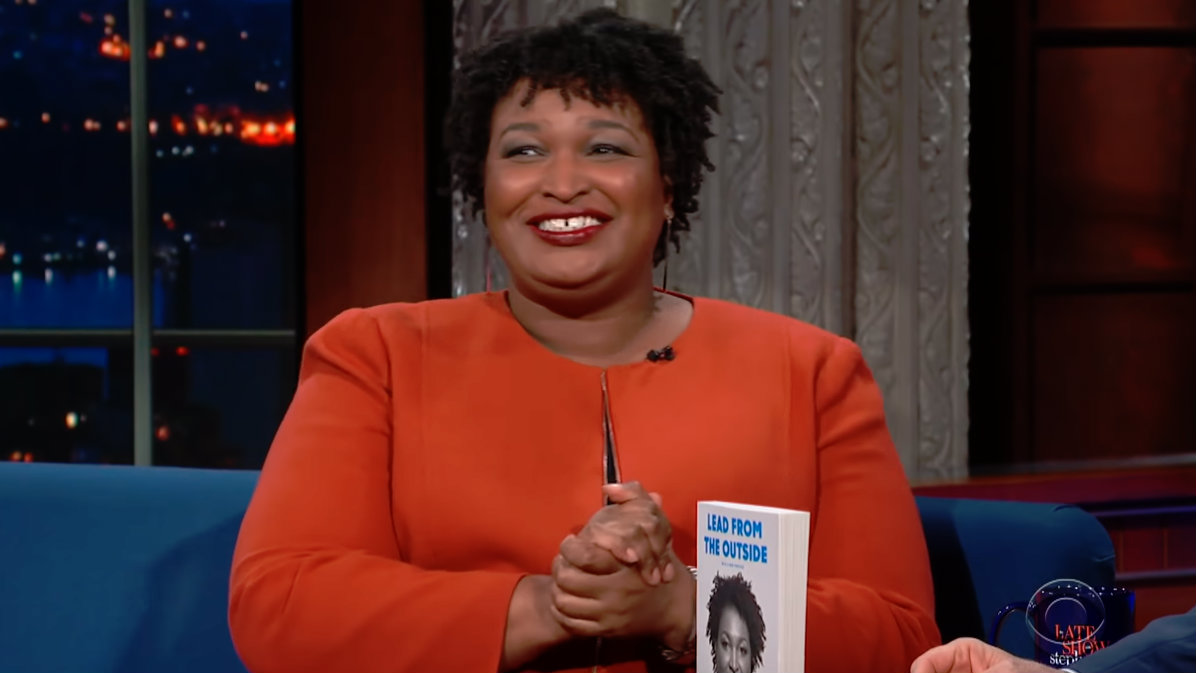 Colbert surprised Abrams by producing excerpts from one her novels, Reckless. Embarrassed (as she should be,) Abrams said “Oh Dear God,” and asked, “Can I leave now?” But Colbert pushed forward, chiding her by saying, “If you’re going to write a romance novel, make it a bodice-ripper.”

Then he began reading aloud:

“Softly, inexorably he tested the contours of her lips, the damp heat urging him inside. Reaching for Patience, Luke sank down into the chair she’d abandoned and settled her across his lap. Her eyes fluttered open, her fingers clutched at his shoulders. When she tugged him closer, Patience fled.”

Gross. Despite Abrams embarrassment, Colbert and the audience acted as if it was just one innocuous joke. Colbert even quipped about her current political autobiography, Lead from Outside, “Is there any of that in here? Because then I understand why it would be a bestseller.”

Double standards aside, it’s all just gross and the political celebrity thing is getting out of hand. Couldn’t the secret from Abrams’s past just be that she was a wannabe skater, or a failed musician like Beto or something? Oh wait, he wrote an essay about murdering children? Never mind. 2020’s sure going to suck.