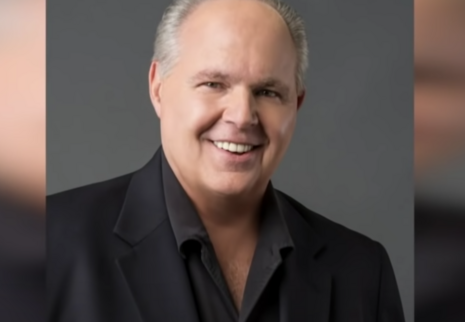 Mere hours after Rush Limbaugh, the king of talk radio and the host of The Rush Limbaugh Show, died of lung cancer on February 17, his political enemies abandoned all pretense of civility and self-control and poked fun at his demise. Hollywood celebrities in particular took advantage of the news to put out some edgy tweets about the conservative giant’s death, with Ron Perlman, Bette Midler and others imagining that it’s probably “hot” where the soul of Limbaugh now resides.

Hocus Pocus star Bette Midler sought attention, hinting that the conservative went to hell. She wrote on February 17, “#RushLimbaugh has gone to his reward.  Bet it’s hot.” So anyone who doesn’t agree with Bette Midler on politics is going to hell, huh?

Subsequently she gave in detail her hateful opinion of Limbaugh. In response to former Republican house speaker Newt Gingrich’s tweet that stated, “Rush Limbaugh’s passing is a tragic moment,” Midler wrote, “NO, #Newt, his BIRTH was a tragic moment.”

She elaborated, claiming, “He was one of the vilest reptiles who ever trolled the planet.  And of course, birds of a feather, Newt. Mend your ways, lest YOUR death bring the outpouring of joy so many feel at his demise.” Could someone check in on Bette, please? She seems like she’s in a very dark and disturbing place at the moment. This is probably her most desperate cry for help yet.

Hellboy actor Ron Perlman referenced his acting experience as the spawn of Satan to opine that he believed Limbaugh was in hell after passing. Perlman tweeted, “Me being Hellboy n shit, and having spent so much time in hades, I would like to extend my deepest sympathies to the poor devil who will no doubt have to spend the rest of eternity with Rush Limbaugh.” Though at least Limbaugh doesn’t have to live in the same plane as Hollywood lefties anymore. That’s got to be a good deal.

A.P. Bio actor and professional flabby nerd Patton Oswalt offered a dismissive quip to Limbaugh in his passing, tweeting, “This is an extra-difficult day for alcoholic uncles whose families despise them. Reach out if you can.” So much class, Patton.

And Star Trek actor George Takei made a disturbing bait-and-switch joke at Limbaugh’s expense after her died, tweeting, “A great symbol of rot, avarice and American carnage has finally left us, the moment met with sublime satisfaction by millions around the world.”

Of course, he pivoted to the news of the demolition of the defunct Trump Tower in Atlantic City, adding, “Yes, I’m talking Trump Plaza Hotel and Casino being imploded. What did you think I was talking about?” Oh how clever, Mr. Takei. 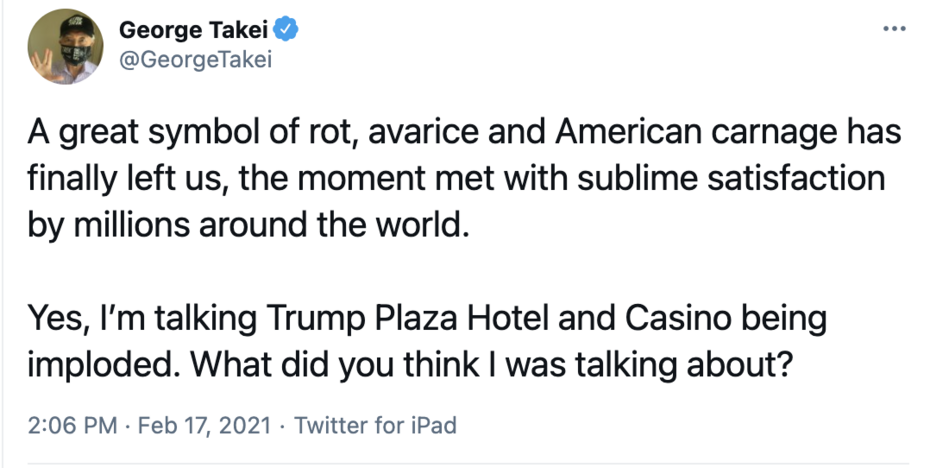 Rush’s legacy is immense and positive. The bleating haters should be so fortunate.