Another Mandalorian Star Made a Ridiculous Holocaust Comparison in the Past; He Didn’t Get Fired 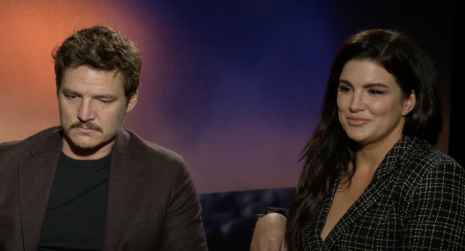 The sith apprentices at Lucasfilm and their dark lords over at Disney have finally revealed the full extent of their evil and hypocritical plan, and that involves purging any and all non-leftist employees from their ranks so they can spread woke-ism’s spiritual tenets throughout the media galaxy.

What proof do we have that this is occurring? Well, both Gina Carano and Pedro Pascal, two of the main characters of Disney’s flagship Star Wars TV series, The Mandalorian, have made “overwrought” Holocaust comparisons on social media recently. But only one of the two actors –– Carano –– got fired for it. But when you consider that Carano has doubted the effectiveness of masks in preventing COVID, has scoffed at Trump’s second impeachment, and mocked trans bullies online, it’s clear that the House of Mouse employee policy requires underlings to be flaming leftist.

The tragic news the Carano had been let go by Lucasfilm (owned by Disney) on February 10, didn’t come as a shock to many. Twitter leftists have been trying to get Disney to fire Carano from The Mandalorian for nearly a year now because of her “controversial” tweets. Of course these tweets aren't more extreme than mere alternate opinions to the leftist group think which dominates mainstream media.

However the constant Twitter nagging of Disney and Lucasfilm paid off when the companies decided Carano’s social media comparison of the current political animosity of today’s left to Nazis in pre-World War II Germany was too far. Soon after, Lucasfilm announced her firing after calling her tweets “denigrating,” “abhorrent” and “unacceptable.”

Many people were furious with the decision against Carano. Sure her tweet was a bit hyperbolic, and in the words of Jewish conservative Ben Shapiro, an “overwrought” Holocaust comparison. Though should she have been dropped? And why did leftist Mandalorian star Pedro Pascal – the man under “Mando’s” helmet – get away with tweeting an image of Jews in a prison camp next to a supposed photo of migrant kids in a border detention facility to attack the Trump administration?

Pascal’s tweet, from June 2018, featured the two photos and his caption stated, “#ThisisAmerica.” Again one photo depicted Jewish people imprisoned in Germany in 1944, and the other depicted migrant kids supposedly in Trump’s infamous “cages.” (Though it could have been taken from cages during the Obama administration.) Others were quick to comment that the “migrant” photo wasn’t even of America but another country. Hey it’s a flimsy comparison through and through, but again, guess who still has that Disney job. 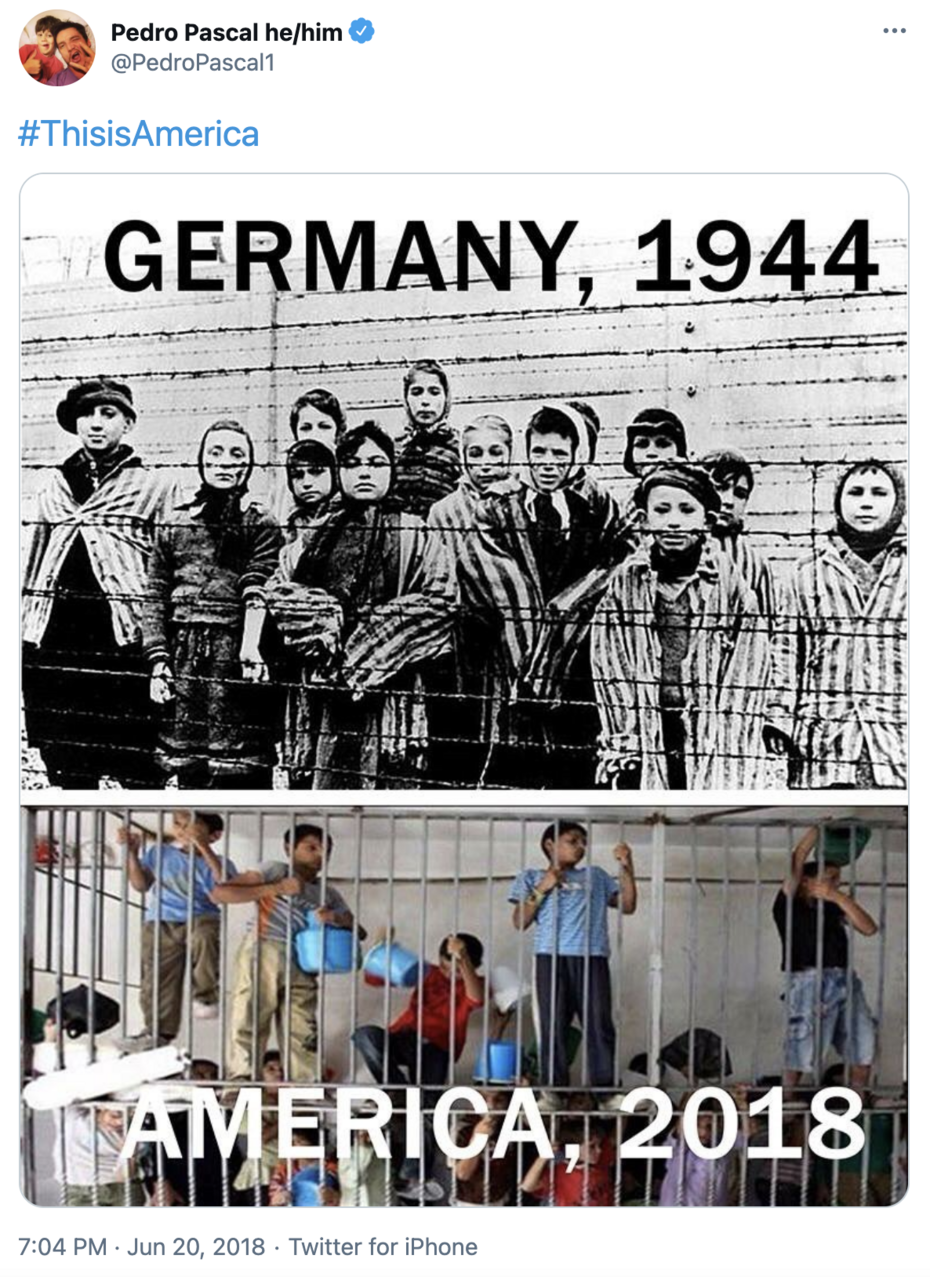 Pascal’s comparison was at least as “overwrought” as Carano’s tweet, and probably more so. At least Carano’s point that the left is becoming increasingly totalitarian is based in reality. Trump (or Obama) temporarily detaining migrant children away from their criminal parents (if that’s even what that photo was) is nothing compared to Jewish people being worked to death in Auschwitz. Hey but did you see that Pascal has his pronouns in his bio – an obvious pro-lefty signal? What a cool guy.

The Daily Wire’s Matt Walsh blasted the hypocrisy, tweeting, “Not only did Pedro Pascal, an actor on The Mandalorian, compare the United States and Nazi Germany, but he did so with a photo of 'America in 2018' that is not actually from 2018 and also not actually from America. He still has his job.”

Yeah, really. Disney, Lucasfilm? What gives? Is it just because Pascal uses Holocaust imagery to slam conservatives? Is that why it’s OK? Yeah the left is increasingly totalitarian and that’s why they fired Carano because she was hitting the mark.

Please ask Disney to give Gina Carano her job back and/or let them know you and other Americans are tired of their terrible treatment of conservatives at their feedback page on the Disney+ website.