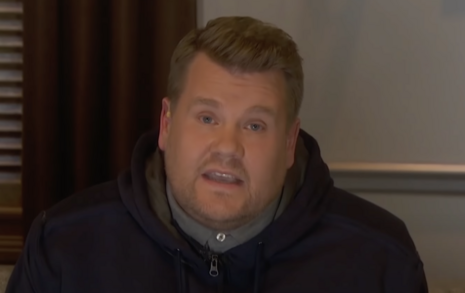 The Hollywood awards season is just getting started and that means we are all getting ready for another media blitz that focuses less on the art of filmmaking and more on punishing or praising various film academies for the amount of women, LGBTQ people and other minorities they’re deciding to nominate for awards this year.

So far, we already have a complaint against late night comedian James Corden for appropriating gayness.

CBS host of The Late Late Show James Corden has found himself in hot water on social media recently, after the Golden Globes nominated him for Best Actor in a Comedy for playing a gay man in a Netflix series.

OK, “so what gives?” you might ask. Well, James Corden is heterosexual in real life. That is what Cinemablend called "a Hollywood Problem."

Of course, unless they’ve been living under a rock, anyone could have guessed that Corden would be dragged for this kind of “cultural appropriation.” An actor these days can’t even pretend to be an amputee in a film without receiving backlash. It needs to be an authentic paraplegic behind the role or it’s not considered proper representation. It’s just strange that an industry heavyweight such as the British late night host would make such an obvious mistake.

The oh-so-serious journalists at BuzzFeed recounted the horrors faced by Twitter users who couldn’t fathom that an actor who’s not gay received an award nom for portraying a gay man. The outlet reported that the British actor’s performance in the Netflix film The Prom “was heavily criticized by members of the LGBTQ+ community, with many deeming it ‘stereotypical’ and ‘offensive.’”

The outlet showcased the opinions of several nuts, including one who actually said Corden’s portrayal was an act of “unrepentant violence.” Twitter-verified comedian “Philip” tweeted (in what apparently was not a joke), “the unrepentant violence that is James Corden doing a homophobic portrayal of a gay man in a musical about gay rights.” “Violence,” huh? Well, perhaps it’s a bit of an inconvenience … but violence? Really?

Another user, Jack Duncan, a self-proclaimed LGBTQ+ activist, attempted to explain the implicit problems with Corden’s faulty representation of gayness. He tweeted, “one of the biggest problems of hiring a straight actor to play a gay role is that their interpretation of what 'gay' means will so often be stereotypical and problematic.”

Culture reporter for Insider Rachel E. Greenspan tweeted, “ur telling me james ‘doing a vague impression of a gay person circa 1990’ corden was nominated for a golden globe for THAT?”

And another even went so far as to call Corden’s nomination a “hate crime,” which we hope was tongue-in-cheek.

Clearly, people are very distressed over this, but Buzzfeed noted that Corden has yet to respond to the scandal generated by his not-authentic-enough performance. Though how could someone like Corden, who dances the woke/anti-Trump ideological line so well on his late night talk show, make such an obvious faux pas?