J.K. Rowling makes her living writing fantasy, but she’s got no time for the fantasies of the transgender movement. The Harry Potter author rejects the fiction that a man can become a woman, and the fashionable belief that that being transgender or going through sex reassignment operation, therapy, etc. is a perfectly normal and healthy aspect of reality. 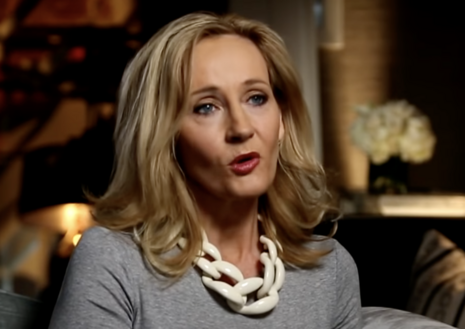 For embracing reality, she’s been repeatedly dragged by the Twitter mob. But Rowling hasn’t backed down. In fact, she recently shared what she describes as “heartbreaking letters” she has been sent from people who regret their transitions.

In a statement covered by The Christian Post on December 11, Rowling revealed that “90%” of the letters she receives from fans and people familiar with her work, are supportive of her stance against the trans agenda. Not only that, many of these anti-trans agenda supporters include “medical staff, social workers, prison workers, workers in women’s refuges, and members of the LGBT community,” and most importantly, “trans people.”

So what gives? Are all these medical professionals, LGBTQ advocates and trans people themselves anti-science? Why would they be interested in going against their best interests, as the liberal media industrial complex would accuse them of doing, before erasing them from the conversation altogether?

Rowling told the outlet, “Some of the most heartbreaking letters I’ve received have been from young women who regret the irreversible surgeries they’ve undertaken.These stories need to be told.” At the very least, these young women live the trans experience and their voice matters just as much as those gung-ho about promoting sexual reassignment.

The overarching point for Rowling was that “we need a more nuanced conversation around women’s rights and around the huge increase in numbers of girls and young women who are seeking to transition.” Yes, we are constantly told by the media of the beauty and worthiness of someone’s decision to sexually transition, but seldom are we presented with stories of young girls who've experienced the negative side of these mentally and physically-altering surgeries and therapies.

The mainstream media’s glossing over of these risks is why Rowling recently called hormone therapy, especially among young girls who aren’t fully cognizant of the choice they’re making in transition, a “new form of gay conversion therapy." Of course, the connotation of this comparison is that in either sexual reassignment or conversion therapy, the patient is being somewhat manipulated against their better judgment.

Coincidentally, on December 1 the U.K. High Court of Justice ruled against a London clinic for giving one Keira Bell “puberty blockers and cross-sex hormones she took as a trans-identifying teenager.” Bell, who is currently 23 and regrets her decision to transition sued the clinic, arguing “that she was not capable of understanding the long-term repercussions to her health and well-being.”

According to The Christian Post, “The court ruled that children age 16 and younger are not cognitively capable of giving informed consent to puberty blockers and cross-sex hormones.” But of course, J.K. Rowling will still be considered a bigot by the mainstream media for decrying young folks from transitioning.