It’s a shame that Hollywood productions are currently shut down due to the Chinese virus. No, not because there are a lack of comic book movies (we couldn’t care less), but because it leaves more time for actors and actresses to say more dumb anti-cop, anti-American BS. 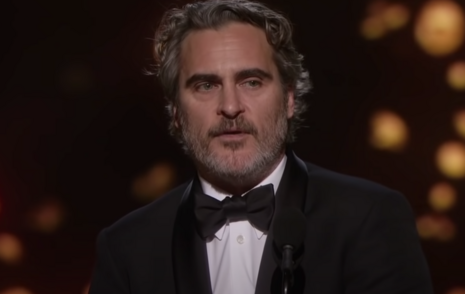 A-listers like Natalie Portman, Joaquin Phoenix, Kerry Washington and Thor: Ragnarok’s Tessa Thompson have signed yet another petition put out by Black Lives Matter that has called for “defunding the police.”

Though this letter’s demands are slightly less subtle than asking for reallocation of police funds to, you know, kind social workers who can stop gun-toting criminals with friendly and understanding smiles on their faces. The petition demanded an end to “anti-black police terror.”

Yep, for Hollywood, cops are the terrorists now.

Nerd culture outlet Bounding Into Comics wrote about the latest bit of anti-police propaganda put out by actors with too much time on their hands. On Sunday, July 26 Will & Grace actress Debra Messing tweeted out promotional material for the latest high-profile list of demands put out by Movement 4 Black Lives, a radical lefty coalition consisting of anti-cop groups like Black Lives Matter.

Messing tweeted the petition along with her endorsement. “Please join me and sign this petition. Thank you Patrisse Cullors for your leadership,” she wrote, thanking Cullors, one of the self-proclaimed Marxist founders of Black Lives Matter.

Portman famously made waves in June for being one of the earliest Hollywood proponents of “defunding the police,” arguing that “white privilege” had deluded her into thinking police were important prior to her BLM-inspired change of heart.

This latest petition, titled “A Letter to Demand Divestment from Police and an Investment in Black Communities,” had some interesting demands that involved not only bashing “police terror” but bashing America’s healthcare system that hadn’t sufficiently prevented “Covid-19 deaths.” And, of course, all this death caused by the Chinese virus and police brutality are just evidence of an American system predicated on white supremacy.

“The COVID-19 deaths and the deaths caused by police terror are connected and consequential to each other,” the petition claimed, and then voiced one of its biggest gripes with the country.   “The United States does not have a national healthcare system. Instead, we have the largest military budget in the world, and some of the most well-funded and militarized police departments in the world, too.”

Yeah, yeah, getting rid of the police would solve everything. Now Covid is an indirect cause of “police terror,” huh? But then again, this isn't just about police, either. As they’ve alluded to many times in the past, M4BL and BLM just want America to be a different country altogether.

In a recent tweet, Movement 4 Black Lives argued, “Calls to ‘defund the police’ are really calls to dismantle the larger system of white supremacy in the U.S. A system that sees black people as inherently dangerous & needing to be surveilled, controlled and killed. Because that’s the way it was designed." Ah, law enforcement is white supremacist. And this is what Hollywood is signing off on.