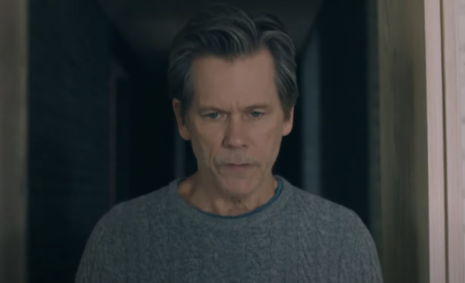 Just like in his Footloose days, actor Kevin Bacon has once again come back to encourage the old white fuddy duddies in America to drop the rigidity and allow the hip young Black Lives Matter activists to show them the new dance moves.

Appearing on a recent episode of The Tonight Show with Jimmy Fallon, the actor expressed that “old white men” like himself need to “shut up and listen” to the people trying to educate them on race. Though what he’s really asking for is normal Americans to stand by and let the far left wreak havoc on the nation with a radical leftist political movement aimed at “defunding the police,” disrupting heteronormative thinking, and destroying the “nuclear family,” that’s disguised as a racial equality movement.

During the talk show appearance, which was virtual due to the still-lingering threat of Chinese virus, the 62-year-old told Fallon about his enthusiasm for the recent Black Lives Matter protests. He began by saying, “It's incredible to experience this and to go through this historically, not just the COVID-19, but clearly seeing the protests and what's going on.” Oh yeah, real incredible. These people sure hate on folks for their privilege but they’re the lucky few insulated from Covid and the current unrest on the streets.

Bacon continued, reveling in this current moment of unrest, chaos, and criminality because in the midst of it a leftist revolt was sticking it to the man: “For an old guy like me, I was born in 1958, and to witness the passion of the young people across the world for social justice – it leaves me speechless.”

Bacon then added, “I think it's a good time for old white guys like me to just shut up and listen.” Well he can speak for himself. The fact that he thinks an entire group of people should shut up with their perspectives on the matter is not fair, especially when anti-police racism BLM protests are spreading the false tenet that cops are going out of their way to destroy African Americans. That needs to be spoken out against.

According to City Journal Contributing Editor Heather Mac Donald, “policing today is driven by crime data and community demands for help.” Black people aren’t being targeted, they just comprise “60% percent of all robbery and murder defendants” in America’s largest 75 counties, according to stats from the Bureau of Justice.

Mac Donald also cites the data that officers have killed “1,000 civilians a year, the majority of those victims armed or otherwise dangerous,” for the past five years, and that the African American death rate has only been 25% of those killings on average for that entire period of time. So for BLM to insist that police engage in an epidemic of racial violence is insane. For the movement to call for “defunding the police,” as BLM’s manifesto does, is way too insane.

Also, did Bacon miss BLM activists’ point that “silence is violence?” He should be speaking up. Just kidding. We all know that current leftwing activists just want white people to speak up in admitting their privilege; to acknowledge that, as a group, they’ve been racist for 400 years and thus they have no moral point from which to condemn the false propaganda and the violence that has come from it.

But if one were to speak up with the truth that folks aren’t targeted by police for the color of their skin, then that’s where white “allies” like Kevin Bacon do their duty in telling white guys to “shut up and listen.”