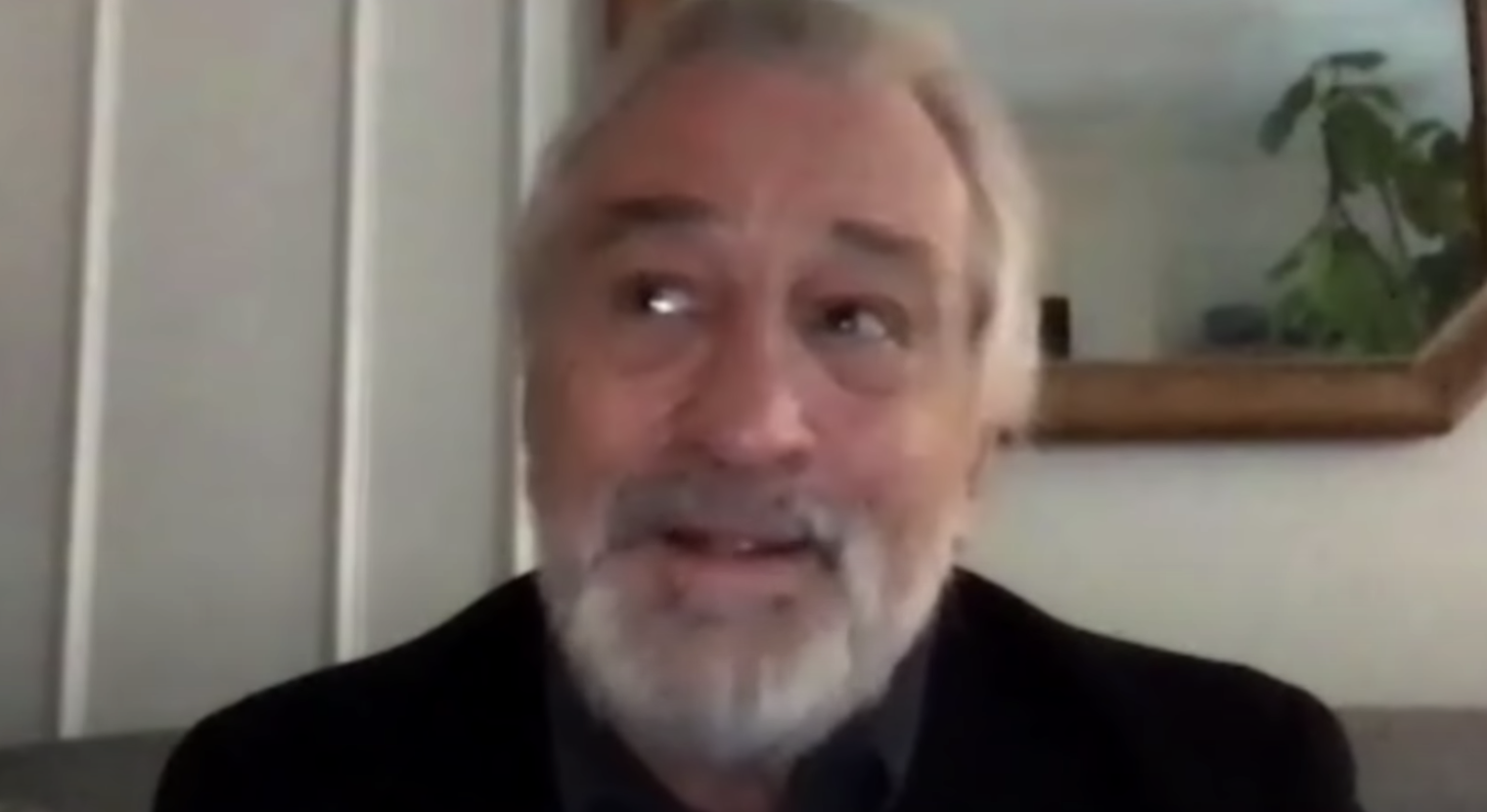 During a May 12 interview on BBC program Newsnight, the Oscar-winner blistered Trump’s handling of the coronavirus pandemic. Considering his usual disdain for the President, it wasn’t a surprise to hear De Niro blame the President for the nearly 83,000 American deaths from coronavirus.

The actor called the President a “lunatic” and described his pandemic antics as “Shakespearean,” because they’re poetically tragic. Yes, even under lockdown De Niro’s hatred for the president doesn’t social distance.

“You’ve got a lunatic saying things that people are dancing around,” De Niro claimed. Obviously, De Niro’s channeling the daily media attacks on the president’s every word regarding coronavirus. Hours of virus press conferences from the president and any verbal misstep, mispronunciation or thought of his not vetted by a team of scientists beforehand are grabbed by the press and turned into “gotcha!” moments.

We wouldn’t be surprised if De Niro believed Trump actually wanted folks to drink bleach, he hates the man so much.

“It’s appalling. It’s appalling. He wants to be re-elected,” De Niro said of Trump, adding that the world leader “doesn’t even care how many people die.” A disgusting smear, though even Daily Mail -- which reported the story -- seemed quick to bolster the claim, stating, “as of Tuesday evening, the United States death toll has reached 82,653 - more than any other country - and nearly 1.4 million people have been infected with coronavirus.”

Yes, thank you for the perspective, guys.

Though Newsnight host Emily Maitlis did push back on De Niro’s condescending opinion, offering the idea that he is a “democratically elected president of the U.S.” and that his supporters may “take issue” with the harsh words from Hollywood media and “vote for him again.” Though De Niro didn’t even seem to register that obvious notion. Classic.

After almost four years of sparring with the president and conservatives, De Niro still hasn’t grasped why the media and Hollywood lost to Trump. He continues to remain smug and insult conservatives and then wonders why people choose the guy who hits back at them for it. During an appearance on CNN’s Reliable Sources last fall, De Niro summed up his feelings for conservatives who disagree with his attitude, declaring, “Fuck ‘em.”