A couple celebrities are trying to leverage their star power to get state governments to release prisoners due to the threat of coronavirus, arguing that it would somehow make New York communities “safer.” 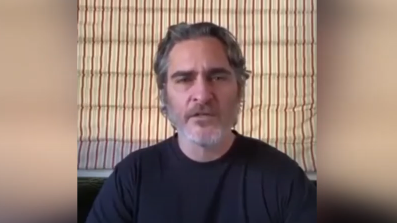 Two Oscar-winning celebrities, Joaquin Phoenix and John Legend, have each appealed to New York Governor Andrew Cuomo over social media to allow for more of the state’s lower level criminals to be released back into society. Both entertainers made the argument that because of the lack of hygiene and inmates’ inability to socially distance while incarcerated, the coronavirus would pose more of a danger to them.

Well, for jailbirds, that sounds like a good deal. For the honorable citizens who have to deal with these folks out on the street, not so much.

Joker star Joaquin Phoenix posted his personal appeal to Gov. Cuomo (D-NY) on his Instagram page on April 15. In the 40-second clip, he claimed, “The coronavirus threatens the health and safety of all of us. When you’re incarcerated, there’s no such thing as social distancing, and ensuring good hygiene is not an option.” Well, when people are incarcerated, there’s no such thing as that person being a repeat offender.

Phoenix continued, saying, “Leaders must do everything possible to prevent incarcerated people and those who work in prisons from becoming ill and spreading the virus. I’m calling on Governor Andrew Cuomo to take action in New York by granting clemency to New Yorkers in prison.” According to the post, Phoenix’s message was sponsored by the Release Aging People in Prison Campaign.

Musician John Legend made the same appeal on Tuesday, April 14 with a video posted to Twitter. He claimed, “When someone is incarcerated there’s no such thing as social distancing and ensuring good hygiene is not an option… Governor Cuomo it’s time for action. You can make communities across New York safer and healthier by reducing the prison population.”

Something seems off about that last statement.

Though Legend’s demands were more specific than Joaquin’s general give “clemency to New Yorkers in prison.” He stated, “You can grant immediate clemency to people who are close to their release date, incarcerated for parole violations, or especially vulnerable because of their age or underlying health conditions.” That’s really nice, but should the public safety be put in jeopardy for the comfort and safety of those who gave up their freedom? Can’t options other than letting them out be considered first?

Legend signed off with the charge, “Governor Cuomo, free them now!” However, it’s not as though Cuomo hasn’t considered these options. According to the New York Post, “In late March, the Cuomo administration ordered the release of 1,100 low-level parole violators, citing concerns over the spread of COVID-19.” On top of that, NYC Mayor de Blasio has also pledged to release 300 inmates who were “serving less than year-long sentences for misdemeanors or non-violent felonies on Rikers Island.”

Sure, let’s just let out more and more. Go ahead, push that narcotic. There won’t be any time behind bars. These guys will surely respect that.

Perhaps a drunk will be let back out on the streets to commit his third DUI that kills a family. In one worst-case-scenario in Florida, a man released for drug possession, (you know, a “non-violent felony”) wound up picking up a murder charge later. The local sheriff claimed the man “took advantage of this health emergency to commit crimes.”

But when you’re two of the top entertainers in the world, living in the lap of luxury, perhaps you see and hear less of those kinds of realities.