Sarah Silverman ‘Hates’ Trump Supporters! ‘Hatred Is What I Feel’ For ‘These People’

As we near day 20 or so of coronavirus quarantine, the wailing and gnashing of liberal teeth on social media is reaching a fever pitch. Hollywood celebrities have reached new lows in their anger for the president and conservatives, with venom-filled entertainers like comedian Sarah Silverman fully admitting that they “hate” President Donald Trump and what she considers pro-Trump media. 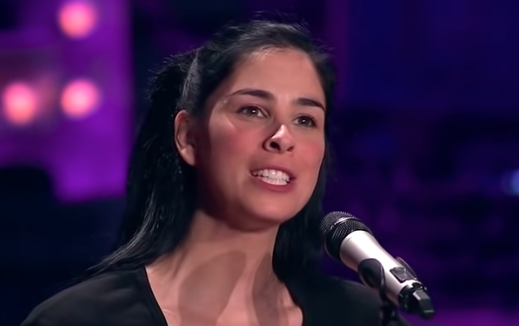 The Trump-loathing comedian told the Twitterverse that she hates the president, his advisers — like Counselor to the President of United States Kellyanne Conway — and pro-Trump media -- like Fox News Host Sean Hannity. Considering she’s among the crowd that accuses Trump of peddling hate, she’s become the very thing she swore to destroy.

Silverman retweeted a Daily Show compilation of conservatives in the media and working for the president making false, or uneducated assumptions about the virus on April 4. Sure it’s a shame many folks were unaware of the extent of the national disaster, but Sarah put the current death toll on their hands.

She wrote, “These people are responsible for thousands of deaths. People trust them. And they will never take responsibility. Watch them rewrite history in front of our eyes. I don’t think hatred is productive but it’s what I feel towards these people. Hatred. Ugh.”

No hiding it now. Just unashamed, unequivocal “hatred.” We don’t know what’s worse, the fact that she’s openly admitting to feeling and wishing the worst upon people, or that hatred for her doesn’t seem to be that extreme of a thing? Oh, she doesn’t think “hatred is productive?” That’s cute. It’s disgusting without even mentioning the fact that she puts the blame of virus deaths on conservatives.

Anyone with a social media account knew Silverman felt this way toward conservatives. She routinely tweets nasty things about the president and his followers and her last Hollywood project, a Hulu series called “I Love You, America” focused its energies on bashing Trump and the GOP.

She sure wasn’t alone. Other Hollywood lefties went full “hate” this week. Ellen executive producer Andy Lassner lost it while watching Trump’s pandemic press conference on April 1. Lassner tweeted, “I’m sorry. I hate nobody. But, I hate him.”

It’s so ironic when you consider Hollywood’s constant ranting about Trump’s hate — how it should warrant his removal from office and subsequent arrest?