Marvel’s most recent comic book isn’t even about superheros this time around. It’s progressive propaganda with a crime-fighting veneer. That’s it. 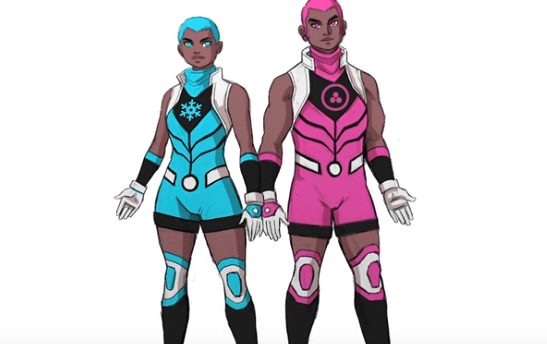 Even with two years of Marvel discussing token gay characters, or its parent company Disney trying to weave in a subtle lesbian kiss here or there, we were still surprised to learn that the superhero company decided that a “non binary” character named “Snowflake” or “Safespace” would be a cool new edition to the universe inhabited by Captain America.

Nerd culture outlet Bounding Into Comics reported that Marvel repurposed an older Marvel crime fighting team, “The Warriors,” into the “New Warriors.” Creator Daniel Kibblesmith’s description of this reboot destroyed any illusion that these folks were tough heros.

Kibblesmith, who has also written comic books for beloved Marvel characters like Loki and Black Panther, lovingly described his project as a “story of teenage rebels. A lot of the [superhero] names are about teens fighting against labels that are put on them.” Rebelling against labels in 2020? This is going to be weird.

Of course, this means we are getting characters like “Snowflake” and “Safespace,” who are twins. Kibblesmith described how he came up with the names for this duo: “It’s this idea that these are terms that get thrown around on the internet that they don’t see as derogatory -- to take those words and wear them as badges of honor.”

He then described “Snowflake” who in addition to being poorly named, is “nonbinary and goes by they/them.” The writer added, “Snowflake has the power to generate individual crystallized snowflake-shaped shurikens. The connotations of the word snowflake in our culture right now are something fragile. And this is a character who is turning it into something sharp.”

In addition to our “nonbinary” hero fighting self-esteem issues and society’s fascist gender dichotomy (and crime occasionally, maybe), another character is “Trailblazer,” and yes, she has a past of victimhood too. Kibblesmith wrote her as a “group home and foster kid who is volunteering at a senior center when this mysterious threat shows up.”

Nothing against foster children, of course, but this is presented like it’s an excerpt from the “Adventures from the Book of Victim Virtues.” Today’s hero template can’t just include fighting skills and the desire to help the average citizen, it needs woke activism. A new hero must also be a Somali refugee fighting prejudice in America, or a flamboyant gay kid on a mission to beat up the villainous pastor who once made him pray the gay away.

Another of the heros is less woke, but pretty stupid all the same. “B-Negative” is a goth kid superhero with vampire powers, pink hair and a penchant for bad puns.

Kibblesmith added, “I wanted to have teen characters who felt as ‘now’ as the New Warriors did in 1990. The New Warriors have been zeitgeist characters from the beginning.” Well, today it seems that “now” feeling also comes with side effects of nausea and weeping for the culture.