Marc Lamont Hill Makes Sick Joke On Tom Hanks & Coronavirus: ‘Call Me When Will & Jada Got It’ 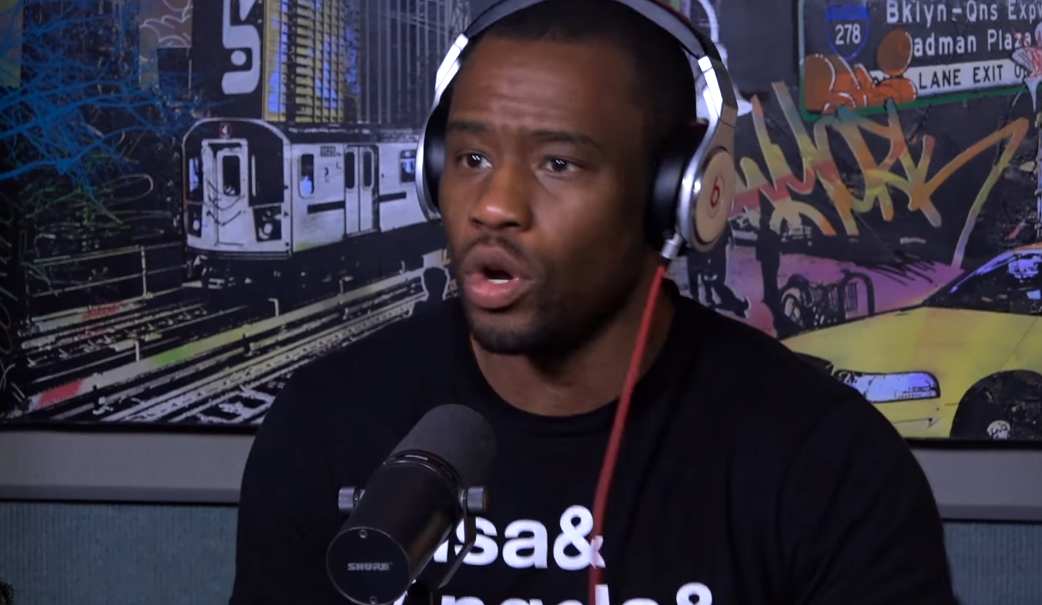 You know what goes great with a slice of Coronavirus media panic? Well, racist jokes of course. African American intellectual and activist Marc Lamont Hill responded to the news of actor Tom Hanks and his wife catching coronavirus with a tasteless “joke” about not caring since they’re not black.

Of course, if roles were reversed, you can rest assured he’d be throwing down a lawsuit right now.

The Temple University professor responded to a breaking news report from GlobalNews which claimed that “Actor Tom Hanks has announced he and his wife Rita Wilson have both tested positive for the novel virus.” Sad news, but a point of humor for Mr. Hill, but since it has nothing to do with “social justice,” Hill tossed off a flip reaction..

Hill retweeted that post with his caption, “I’m Black. Call me when Will and Jada got it.”

While normal people aren’t petty enough to slap an ACLU lawsuit on Hill’s for a joke like this (even though many of them would call this hate speech in the reverse situation,) it still begs a “really, dude?!” We’re all supposed to be taking coronavirus so seriously, but the left can joke about the misfortunate of someone just because he’s white?

Even Hill, a Bernie Sanders supporter, realized it was in poor taste, deleting it soon after posting. He confirmed this, tweeting, “Deleted. I wasn’t trying to be mean. I was making a joke that came across poorly. All my fault.” Be more careful next time, Lamont. People are cancelled for much less these days.

One user, with the Twitter moniker “Frito Bandito,” criticized Hill, tweeting, “‘hes not black so i dont care if his life is at risk’ yeah it was in poor taste my brother lol.” It was enough to get Hill to respond, who wrote, “That’s not what I was saying at all. But I see how it could be taken. I should’ve been more thoughtful.”

Oh come on, man. It’s kind of what you were saying, joke or not. Some other user asked, “My honest question is, are black people catching Corona??” and Hill responded, “I don’t know. That was the joke I was making. But I see how it came off. Sometimes you just gotta hold the L and keep it moving.” 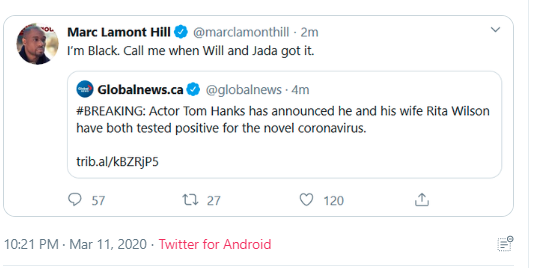 Nice attempt at saving face, Mr. Hill, though deleting was probably the best option. Though we shouldn’t ignore Hill’s history of bigoted comments. Last summer, Hill got into hot water at the leftwing “Netroots Nations” summit for bashing “Zionist organizations” like NBC or ABC.

Hill was also present on a panel at that that summit that discussed “embedding Palestianian rights in the 2020 agenda” which alos accused Israel of being engaged in a “White Supremacist” project.