The left is so deranged, so unhinged and so obsessed with hating President Trump, that they are actually making him the face of coronavirus in order to spread fear. 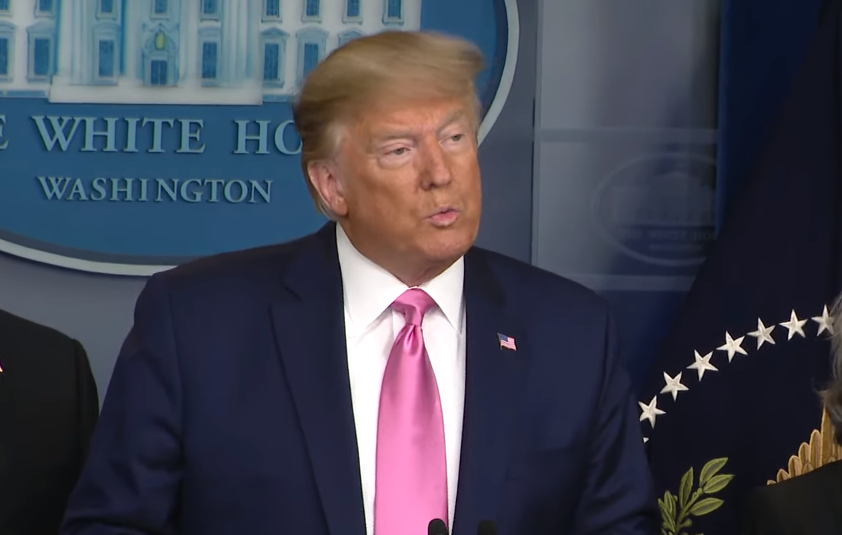 One New York Times Op-ed decided to defy all sense and call the potential pandemic the “Trumpvirus.” No kidding.

New York Times Opinion writer Gail Collins penned 2020’s most Trump-triggered op-ed yet, titled, “Let’s Call It Trumpvirus.” The lede did an even better job of summing up the current state of the far-left’s psychology: “If you’re feeling awful, you know who to blame.” Wow and there it is. If the left were able to write their own account of Exodus’s “Ten Plagues,” Trump would be one of them.

The point of Collins’s screed was to combine two great hysterias, one over doomsday scenarios like Coronavirus and the other the terrifying truth that “He’s still your president.” Collins lamented that we have this huge looming health crisis and we’ve got a terrible administration trying to lead us through it.

Collins began by making fun of Vice President Mike Pence with the question, “So, our Coronavirus Czar is going to be … Mike Pence. Feeling more secure?” Of course the big joke is that he’s going to pray the coronavirus away because he’s a Christian man. Yes that ugly smear.

On Feb. 27’s CNN’s Tonight with Don Lemon, the condescending pundit riffed the same way, accusing Pence of being concerned with prayer more than science. He griped, “Someone who needs to pray on something instead of looking at science? Come on. Let's be real about it.”

While Lemon and Collins would fixate on the best ways to ridicule “thoughts and prayers,” we’re supposed to heed their claims that the Trump administration is not taking this seriously.

Collins then went after Trump for what she interpreted as him trying to shift the blame of a falling stock market on his political opponents. She wrote, “Meanwhile, he’s come up with a totally new explanation for the stock market skid. It turns out investors were not frightened so much by the pandemic as the Democratic debate.”

Well it’s hard to argue with him considering a vengeful socialist is about to steamroll the DNC. We’ll say both factors are involved. But for Collins, this is all just another political weapon in Trump’s arsenal.

She also blasted Trump for musing about his shock at finding out that the flu “kills 25,000 people to 69,000 people a year.” No, we shouldn’t look for any context here. Would she rather Trump promote blind hysteria? Well, she'd hate him no matter what stance he takes.

Oh also, Collins pointed out that the president misspelled coronavirus in a tweet. Is it stupid? Sure. Newsworthy? Shut up. And then of course the closing arguments were that Trump hired a bunch of people who weren’t Obama’s people. After all, he had “special epidemic-watching groups.”

Whatever. It seems that the real disease of concern is Trump Derangement Syndrome. It’s enough to tank the stock market and cause people to ignore official pandemic protocols all because Christian man Mike Pence promulgated them.