Harrison Ford Blasts ‘Son Of A Bitch’ Trump & Climate Deniers: Science Is ‘Out The Door’

Seems like it’s time for Han Solo to get back into his carbonite bath for a cool-down. He’s old and crotchety these days, and gets kind of hot under the collar when he doesn’t get his way. 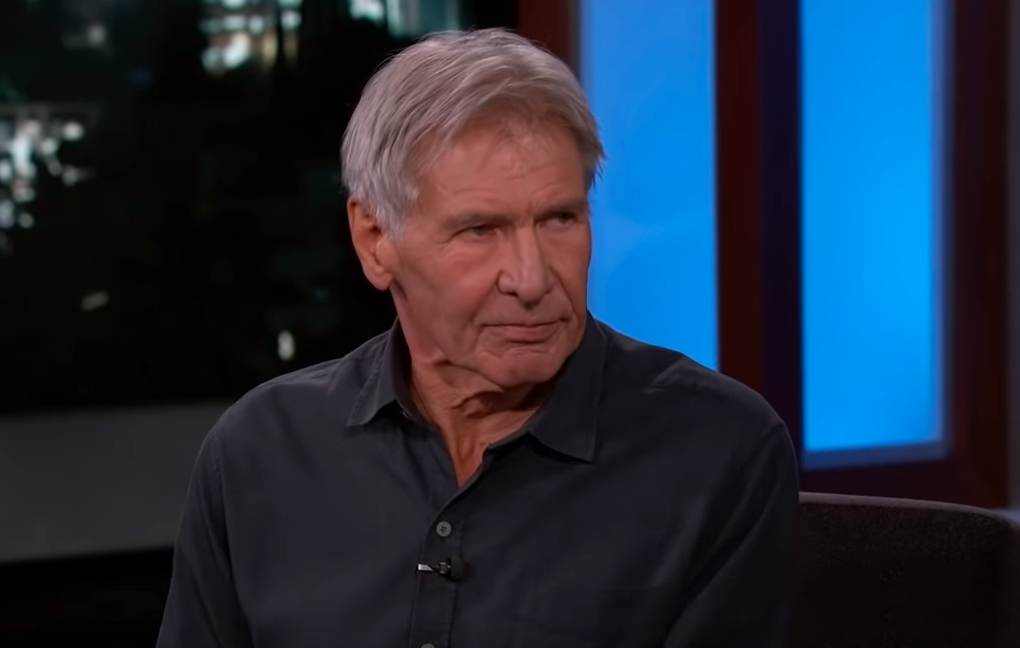 The 77 year-old Harrison Ford had a guest slot on Jimmy Kimmel’s late night talk show on February 12 to promote his new Disney film The Call Of The Wild. But, as usual with Kimmel, political hackery hijacked the conversation.

Discussing Ford’s new adaptation of the classic Jack London novel, Kimmel produced an image of the film with fake critical acclaim blurbs printed on it that referenced another “call” that’s been in the news lately.

“Have you seen the reviews?” Kimmel asked. “The Call of the Wild. ‘That call was perfect,’ the host stated, mocking President Trump’s assessment of his phone call with Ukrainian president Zelensky. “‘That was a perfect call. I call it a perfect call… It was a great call not just a good call, it was a perfect call.’” Kimmel mimed, adding, “So the reviews are pouring in.”

“That’s the first thing that son of a bitch has done for me … EVER,” Ford responded. Well, take it from Harrison. When he was president he threw terrorist hijacker Gary Oldman out of Air Force One.

Kimmel then moved on to talking about science, which of course Ford has plenty of knowledge about. He is a Greta Thunberg fanboy, after all. “Speaking of science,” he interjected with a snarky tone meant for climate change deniers. Kimmel followed suit: “Well yeah science has come under attack, hasn’t it?” Ford asked, “Ya think?!” and added that it’s gone “out the door. We don’t believe in science anymore.”

Of course, Ford’s a huge proponent of Thunberg’s climate change message. Last weekend in Mexico City, he told reporters that the U.S. has a “lack of moral leadership,” because Trump pulled the country out of the political Paris Climate Accords.

Ford also praised the scientific authority of a little girl who hasn’t yet even graduated high school, telling those same reporters, “I applaud Greta’s part in the leadership of young people and I consider the threat to the natural world as the single biggest threat to humanity.”

Yep that’s Hollywood for you. Though what made Harrrison’s claims about Greta and the president truly priceless was him admitting to Kimmel, “I wasn’t a great student, no. That’s why I’m an actor now.” Now, Harrison, apply that to your life, and shut up already.