It must have seemed pretty cool to Bernie Sanders that the famous early 2000s-era band The Strokes are supporters and offered to play at a February 10 rally in Durham, New Hampshire. After all Bernie used to rock out to their boss sounds when he was a spry 50-something. What wasn’t cool -- at least to anyone not taken in by septuagenarian socialism, was when the band did an anti-New York police song just days after two NYPD cops had been targeted for murder. 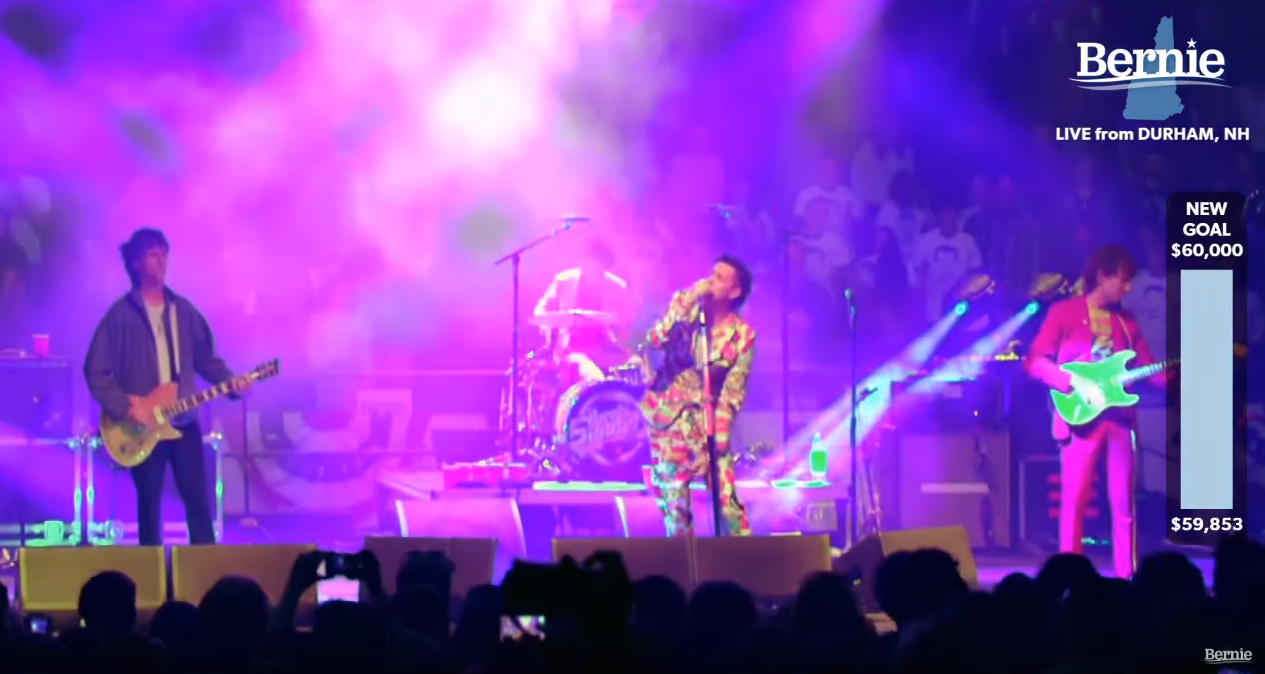 It’s certainly no “F*ck Tha Police,” but it elicited a similar kind of frenzy from the audience of Bernie Sanders supporters. It also looks downright shameful with two New York officers lying in the hospital after “assassination” attempts Saturday that came on the heals of violent anti-police protests in the city.

As Casablancas and co. pounded out the riff, the crowd went nuts, and many of them felt emboldened enough to push past the police protecting band on stage and mosh onstage. Footage from Vice News Senior Political reporter Daniel Newhauser shows between fifteen to twenty Strokes fans onstage crowding the band as police try and keep some back. It was quite a moment -- the singer was happily yelling that NYC cops “ain’t too smart” into the microphone as a dutiful police stood off to his left asking him if he was alright.

The band isn’t oblivious to the song’s divisiveness. They dropped the original track off their 2001 album “Is This It?” in order to avoid controversy with New York law enforcement in the aftermath of 9/11.

But it sure was appropriate for a Sanders rally. According to a recent Emerson Poll of Democratic Primary Voters, 34% of Sanders supporters have “hardly any” respect for cops.

Seems to be a lot of that going around in far-left Democrat circles. The New York Police Sergeants Benevolent Association has declared war on the city’s radical mayor Bill DeBlasio for his anti police statements.

In the aftermath of the attack on two NYPD police officers, an SBA tweet addressed the the NYC mayor: “Mayor DeBlasio, the members of the NYPD are declaring war on you! We do not respect you, DO NOT visit us in hospitals. You sold the NYPD to the vile creatures, the 1% who hate cops but vote for you.”

The SBA added, “NYPD cops have been assassinated because of you. This isn’t over, Game on!”