For some reason the big kahuna of Hollywood award shows, the Oscars, can’t do progressive right — even with all the liberal celebrities and their woke speeches — angering practically everybody in the media by nominating white male individuals for a majority of this year’s biggest categories. 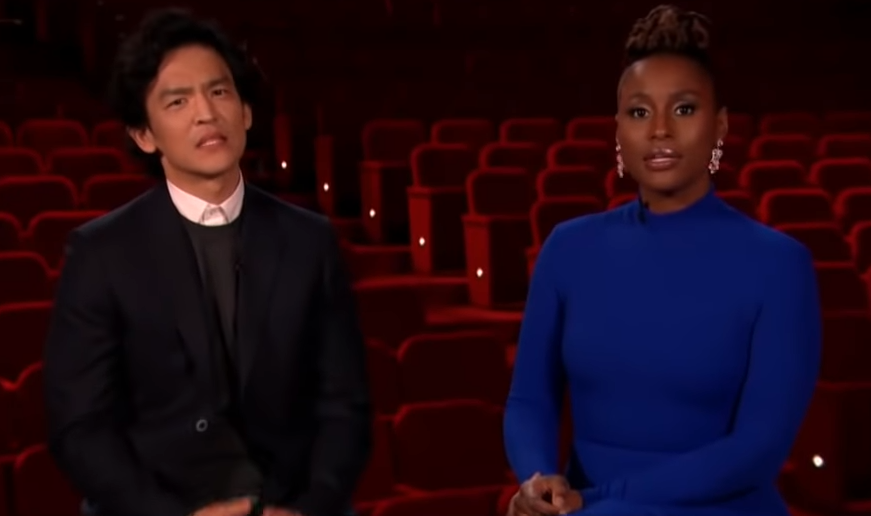 Legacy media, Hollywood outlets and the wokescolds on Twitter all went gunning for the Oscars, enraged about the majority “white & male” dominated nominations. Not even  woke horror author Stephen King could avoid the ensuing storm after he admitted to not being preoccupied with “diversity.”

They should have saved us the outrage as Hollywood is part of their constituency. Apparently, not even the world’s most visible collection of lefties can cling to their vapid ideals. Yet conservatives are the racists and sexists in society.

The Hollywood Reporter’s piece on the whitewashed 2020 Oscar nominations just about summed up the the industry outrage. The outlet claimed, “The plight of men, be they soldiers, loners, race car drivers or two friends navigating Hollywood, will take center stage at the Oscars in February after Monday's nominations revealed a lineup of mostly white male stories leading the contenders.”

The actual number is horrifying: THR complained, “Out of the nine best picture nominees, six are centered on the tales of white males.” Say it ain’t so.

USA Today lamented as well, asking the question, “Is this progress? Monday morning’s Oscar nominations delivered more frustrating certainties than happy surprises.” Those certainties? “All nominees were male.” Strange that racist Oscar noms would be “certainties” in such a progressive industry.

The paper also mentioned the on-air complaints of Issa Rae as she announced the official Academy Award nominees. After listing the names, The Lovebirds actress quipped, “Congratulations to those men,” which USA Today called a “subtle dig.” Oh but we will be hearing her cheer for whichever white man gets up there and rails against climate change in his acceptance speech.

The New York Times sniffed, “despite a plethora of diverse films competing for Oscar attention this year,” the Academy “maintained its traditional point of view, handing out the most nominations to four very male, very white movies.”

And on Twitter, anyone defending this racist iteration of Oscar Noms was dragged. Novelist and progressive celebrity Stephen King made the mistake of admitting that “diversity” didn’t come into play when he was voting as a member of the Motion picture Academy.

The “It” author tweeted, “For me, the diversity issue--as it applies to individual actors and directors, anyway--did not come up. That said... ..I would never consider diversity in matters of art. Only quality. It seems to me that to do otherwise would be wrong.”

Many social media users disagreed, with several verified Twitter accounts arguing that his own privilege disqualifies his opinions. Alluding to his whiteness, one user wrote, “it’s easy to consider only quality when you can see yourself in every damn work of art out there.” Another wrote, “Sir, respectfully saying you as a white man can’t really say that. You had more advantages and opportunities than a person of color would have.”

For conservatives, it’s old news that Hollywood is full of hypocrites, but goodness, if the media’s so hung up on their racism, why does it continue to inundate us with the lectures of self-righteous celebrities? Clearly, there’s no room for them to talk.