Unable to distance himself from the phrase and album title “American Idiot,” Green Day frontman Billie Joe Armstrong took time to bash President Donald Trump during the press tour for his upcoming album. 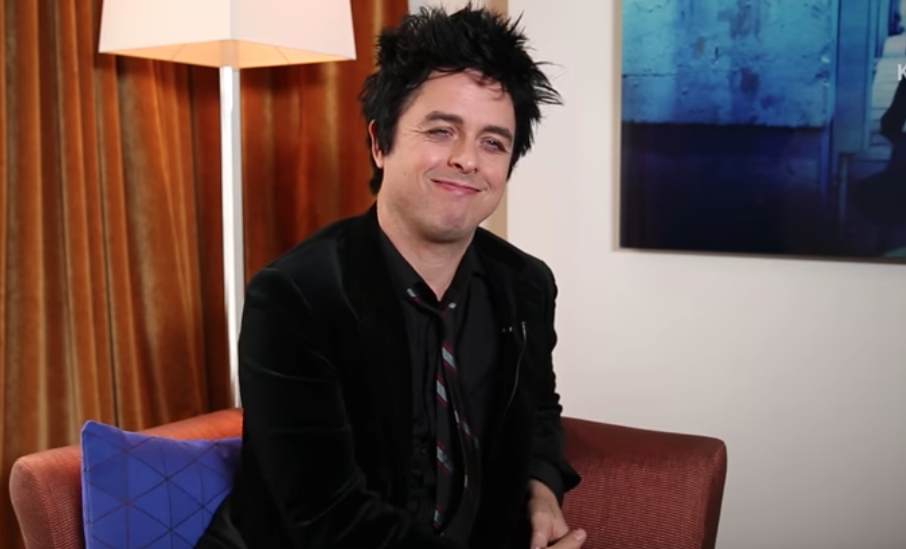 Armstrong, the 47-year-old punk rock veteran, had an interview with British music magazine Kerrang! in which he and his bandmates unveiled the first details of Green Day’s upcoming album titled “Father of All Motherfuckers.” Whoa, dirty words, how punk.

“Be bold! Be brave!” Armstrong exclaimed after he revealed the title of the project. Well it would be “bold” if Armstrong and the rest of his band didn’t reveal themselves to be giant Trump Derangement Syndrome-suffering snowflakes.

Billie Joe and his bandmates shifted toward anti-Trump fervor when they discussed how parts of the album tap into their feeling that they’re living through the “apocalypse.” Co-member Tres Cool claimed, “This is sort of like a soundtrack to losing your shit while the apocalypse is happening around you. Shit is so tough out there, and it’s weird out there.”

Kerrang! brought up Trump, who Billie Joe seemed uninclined to talk about. He declared, “I draw no inspiration from the president of the United States, because he’s just… there’s nothing.” Though there was “nothing,” Billie Joe’s subsequent statement indicated that Trump’s enough to make him sick.

The tough guy, punk rocker, lamented, “Trump gives me diarrhoea, you know? I don’t want to write a song about it.”

Still as the mag explained, Green Day’s sensitivity to American’s current flirtation with “fascism” has influenced a song or two on the new album. It explained. “Nevertheless, the country’s leader has left Green Day feeling incredibly unsettled – and it’s a topic they address on Bulletproof Backpack.” Hmm, sounds like a gun control song. How surprising.

The band leader explained, “It’s sort of about being freaked out around the polarisation that we live in right now. Whether it’s kids getting shot in schools, or the closest thing that America has ever seen to fascism. Light stuff.”

Let’s not get Billie Joe started on “fascism.” In a 2016 interview with the same mag, he called President Trump “Hitler,” claiming, “He [Trump] just said, 'You have no options and I'm the only one, and I'm going to take care of it myself.' I mean, that's fucking Hitler, man!”

Sure. And the hilarious irony of it all is that the band hopes the album inspires feelings of “Freedom,” as Tres Cool put it.