‘Himself’ & ‘Herself’: Star Wars’ Billy Dee Williams Comes Out as ‘Gender-Fluid’

[Editor's Note: Billy Dee Williams has since clarified that his statements on gender were not about a specific sexual orientation, but rather a figure of speech alluding to him getting in touch with his feminine side. Multiple sources which this post was based on incorrectly assumed that Billy Dee Williams had come out as "gender-fluid," though Daily Wire's Amanda Prestigiacomo clarified his statements were "misunderstood" by the press.]

It seems that legendary Star Wars actor Billy Dee Williams has taken his campy 80s playboy/swinger image and updated it for modern audiences. The man most famous for his role as Lando Calrissian disclosed to Esquire that he’s got a new sexual orientation: gender-fluid. 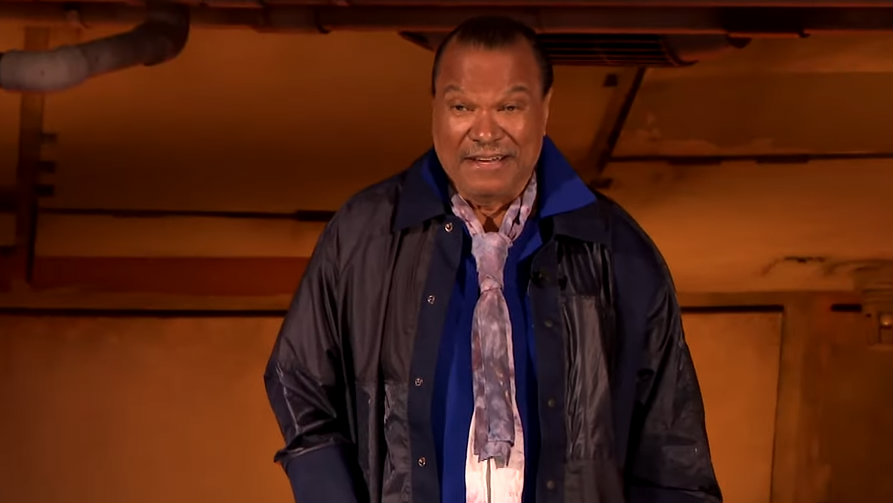 Mr. Williams finally reprised his role as Lando for this Christmas’s Star Wars IX: The Rise of Skywalker. It’s big news, since the fan-favorite character hasn’t appeared in the sci fi saga since 1982, (barring the character’s younger version played by Donald Glover in 2018’s Solo.) Esquire magazine provided fans with their first taste of Williams since Return of The Jedi, and let’s just say the legendary ladies man may have had a thing for Han Solo as well as Princess Leia.

Esquire mentioned, “What haven’t diminished at age 82 are his style, his confidence, and his effortless charm.” The magazine then featured Williams claiming he’s both male and female, because apparently freakish and gross are what passes for cool these days. He said, “And you see I say ‘himself’ and ‘herself,’ because I also see myself as feminine as well as masculine.”

But seriously, you can still get in touch with your feelings without having to manifest a gay split personality. Real men throughout history wore capes and had canes and they were still secure in their masculinity.

This is all a part of Williams’s appeal to his own authenticity. He added, “I never tried to be anything except myself. I think of myself as a relatively colorful character who doesn’t take himself or herself too seriously.”

Though it seems like he’s taking his new gender orientation seriously, seriously enough to provide some historical revisionism to famous Emmy-winning made-for-TV sports movie Brian’s Song starring himself and James Caan. The 70s film originally was about a close friendship between a white and black football player that was praised for its depiction of race relations, but the newly-woke Williams had to ruin it claiming that it was actually a movie about gay lovers.

Billy Dee claimed, “It was a love story, really. Between two guys. Without sex. It ended up being a kind of breakthrough in terms of racial division.” So the gays are appropriating male friendship now?

This is not the first time the terms Lando and “gender-fluid” have existed together in headlines. Solo: A Star Wars co-writer Jonathan Kasdan told the Huffington Post that Lando Calrissian (played by Donald Glover for the film) had an air of “fluidity” to him.

“There’s a fluidity to Donald and Billy Dee’s [portrayal of Lando’s] sexuality,” Kasdan claimed, adding, “I love the fluidity ― sort of the spectrum of sexuality that Donald appeals to and that droids are a part of. He doesn't make any hard and fast rules.” Still no word on whether Billy Dee’s into robots though, unlike his onscreen counterpart. Though anything’s possible these days.