Singer and former Disney Channel star Demi Lovato has been the subject of social media backlash lately because her personal and “spiritual” trip to Israel in recent days is not PC enough for woketivists. People gave the pop star so much garbage over photos of her baptism in the Jordan River that she was compelled to apologize. 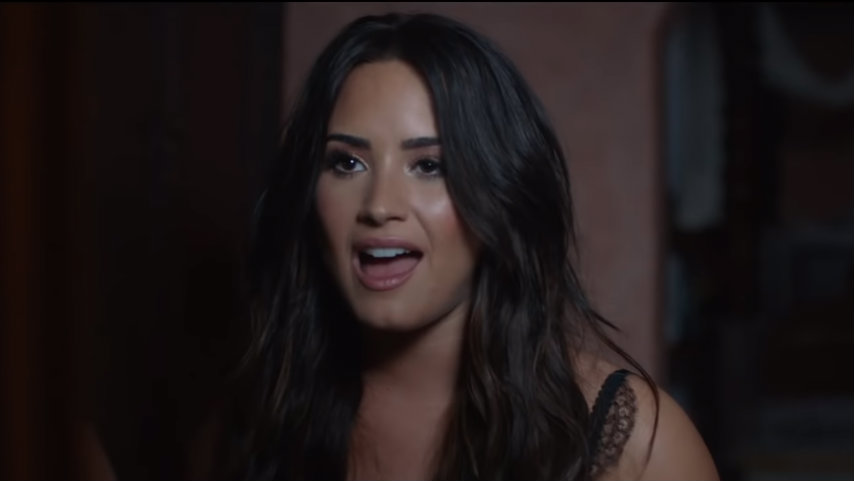 Lefties don’t understand religion, and they hate Israel. So the "Sorry Not Sorry" singer going to Israel for a religious experience outraged the outrage junkies, who decided Lovato must be implicitly taking the unwoke side in the Isreali/Palestinian conflict.

Huffington Post wrote that “[m]any on social media believed Lovato was giving support to the discriminatory oppressive policies of the Israeli government against the Palestinian people despite her recent plea” that it was a “spiritual experience” and “NOT A POLITICAL STATEMENT.” But the left’s Jew hatred admits no excuses.

Consider how the same mob would react if True Detective star and muslim actor Mahershala Ali took a trip to Mecca. The Kingdom hasn’t even gotten around to first wave feminism, and they punish gays with stoning. As long as Ali didn’t visit a Saudi oil well, we wouldn’t hear a peep from the SJWs.

Lovato’s controversial photos included one of the singer being baptized in the Jordan river. She made an earnest statement in the photo caption, claiming, “I am an American singer. I was raised Christian and have Jewish ancestors. When I was offered an amazing opportunity to visit the places I’d read about in the Bible growing up I said yes.”

That’s a no no, Lovato; the crucial mistake being the fact that she didn’t follow that statement with the necessary point that Israel is oppressing Palestine. Instead she added, “This trip has been so important for my well-being, my heart, and my soul.” Disgusting. She should have traveled to the Israel-Palestinian border and talked about how it’s Israel’s fault that Palestinians use children as human shields.

Users called the post “disappointing” and blasted Lovato for her lack of education on the “conflict between Israel and Palestine.” One user called out her activist credentials, writing, “How does Demi call her self an ‘activist’ or whatever but not have a view point of Palestine and Israel?”

In return, an “extremely frustrated” Lovato disabled the comment section on her Instagram account, and responded to the haters, clarifying that she was just trying to make a “personal” and spiritual post.” She wrote, “This was meant to be a spiritual experience for me, NOT A POLITICAL STATEMENT and now I realize it hurt people and for that I’m sorry. Sorry I’m not more educated, and sorry for thinking this trip was just a spiritual experience.”

Lovato’s critics are just ideologues demanding she fall in line. “Education” has nothing to do with it. It wouldn’t matter if she’d done a doctoral dissertation on the history of the Holy Land. If she didn’t hate Israel, she’d be dragged. The lady just came back from overdosing, and she can’t even go on pilgrimage.