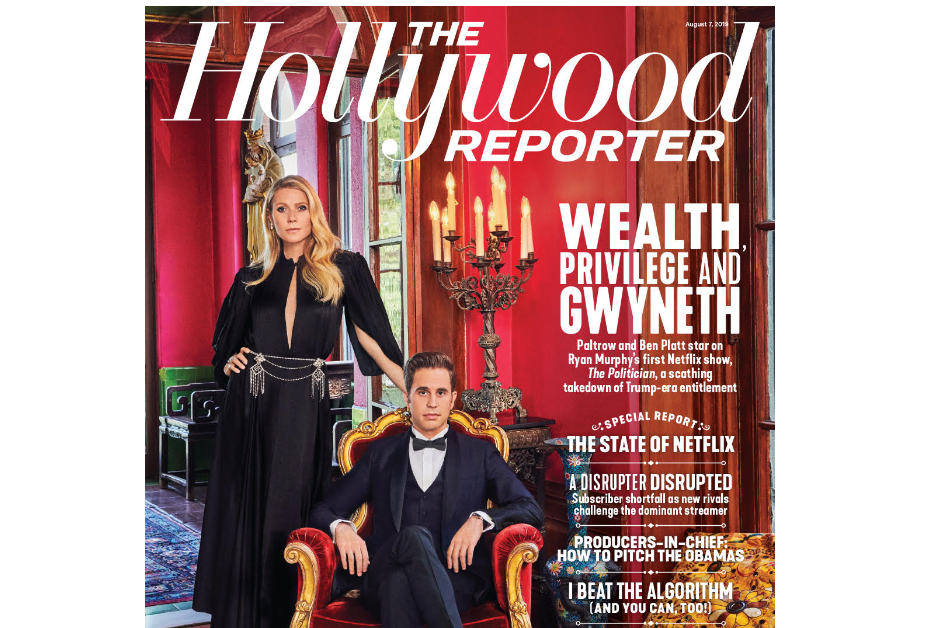 Murphy spoke with The Hollywood Reporter, unveiling his flagship streaming show The Politician, which stars Gwyneth Paltrow and Jessica Lange and airs in September. Paltrow plays a rich housewife who in the first episode assuages her son’s fear of getting turned down by Harvard by hinting that she and his father “bought” his brothers’ way in. It’s the first step in his “meticulously plotted journey to the White House.” Murphy claimed, “It's wealthy people behaving badly,” and that’s “been percolating in the culture, particularly under this president.”

But where exactly does Trump fit into the college admissions scandal, for example, something perpetrated by rich Hollywood liberals like Felicity Huffman and Lori Loughlin? Well you know, he’s rich, white, and privileged too. And that’s contemptible enough. According to THR there’s a “zeitgeist” for hating rich folk these days. Murphy added, “I think people are interested in these cultural conversations about class and privilege."

Murphy spoke contemptibly about Trump’s family members, like his beloved daughter and her husband, Jared Kushner. He claimed there’s this “idea of Ivanka and Jared [as] the sort of satanic poster boy and girl for privilege and nepotism.” Ah that’s so wonderful. Let’s take potshots at the elites, even though we are mega-millionaires who have serious control over what Americans watch or stream.

Of course it’s just politics here, the same anti-Trump vitriol that the Hollywood left is obsessed with, right? Perhaps it’s also more petty than that. “The writers' own brushes with privilege were always in the background, too. While Murphy, Falchuk and Brennan all came to Hollywood with solid educations, none attended Ivy League universities.” Goodness, talk about first world problems.

So what is this? Envy? Writer Ian Brennan told THR, “I want to slap every one of those people because nobody took my SATs for me.” Whoa, easy buddy. He continued, “It's such a gross thing and it drives me fucking nuts. It is about the ugliest thing that someone of means can do, and it's not a good look for this town.” Again, talk to Loughlin. The worst thing Ivanka did was work when Daddy gave her the job.

Showrunner Brad Falchuk used the privileged people of his Beverly Hills community as inspiration for his writing on the show. He claimed, “It's a lot of very privileged wealthy white people, and I think now is the time to take a blackhearted look at that.” Yeah, rich Hollywood liberals like Falchuk. Even Falchuk’s rich, white, privileged wife, Gwyneth Paltrow — who  comes from Hollywood royalty as the daughter of Blythe Danner — jumped in, touting the problems of “excess wealth.”

So says the lady who charges $5700 for a ticket to a summit on her tacky skincare products. This show is just the epitome of hypocrisy from the progressive Hollywood elites. Reminder: no one’s applauding you for making this stupid scapegoat show, and it's not convincing anyone that you're not as smarmy and elitist as they come.