Sure, to most normal Americans Democratic presidential candidate Marianne Williamson sounds like some hippy dippy weirdo. That’s the joke. But then again, we have our chakras out of alignment, because there are some very serious witches out there who believe there is some spiritual power behind Williamson’s debate night talk of “dark psychic forces.” 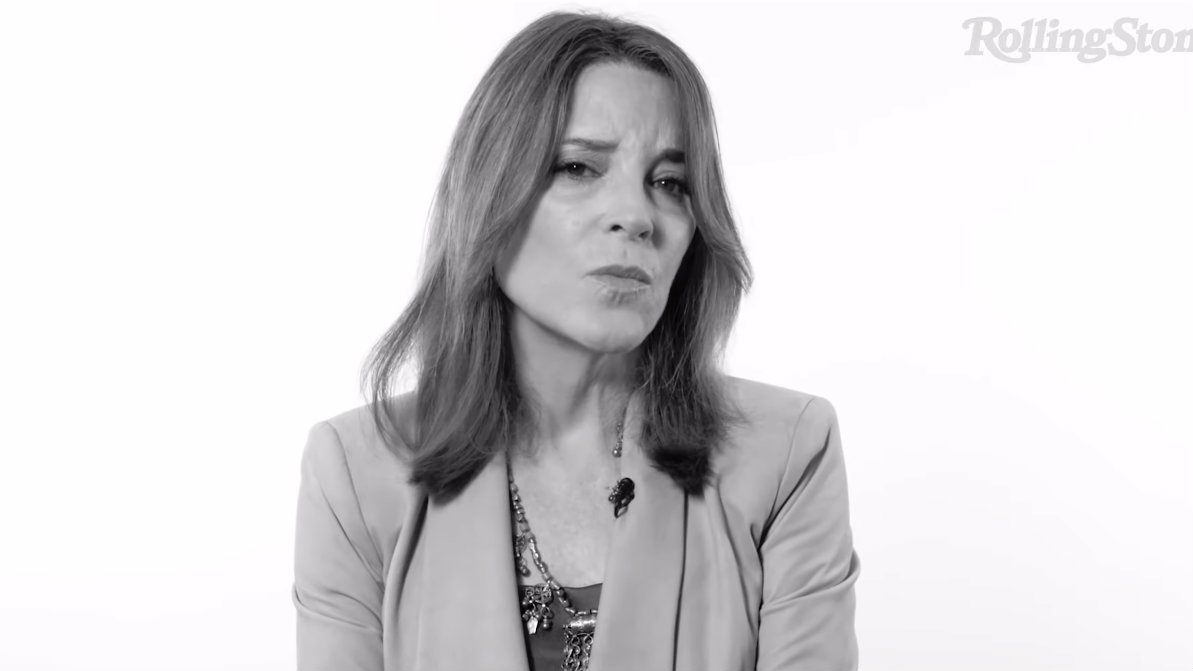 So much so that The Hill reported on an “occult task force” that is growing to support Williamson. Sure, why not? It’s not the wackiest thing to come off of that side of the aisle this time around.

Apparently, Williamson’s campaign has a “witch” problem. The Hill wrote: “Some supporters of 2020 presidential candidate Marianne Williamson have reportedly organized an ‘occult task force’ on her behalf.”

If there was a candidate for these folks, well it seems it would be Williamson, a spiritual teacher and author of books such as “A Return to Love.” The lady’s political performances invoke a spiritual, almost zany, psychic element including soundbites about beating President Trump in an election with “Love” and that the president has oppressed the country with “dark psychic forces.”

This “occult task force” consists of “13 chaos magicians, witches and energy workers” who actually believe that they’re helping the candidate's campaign with their contribution of — get this — spiritually-charged “synchronized gestures,” intended to give her “more visibility in the presidential race and more airtime during Tuesday's Democratic debate.

Hmm, perhaps Williamson’s viral performance in Tuesday’s second round of Democratic debates wasn’t such a coincidence after all. The Hill reported that “she was the most searched candidate during Tuesday's event, according to Google Trends” … Spooky. These occultists have also attempted to harness the power of “memes” in the same way. One of these witches told The Washington Post: “the whole orb gang community is tapping into the power of memes to reflect back on, and multiply, the sort of pulsing undercurrents of our collective unconscious,”

Yeah, sounds pretty hokey even for Williamson’s taste. Marianne has made it absolutely clear to the public that she is not a “cult leader,” despite her best efforts to sound like one. On July 23, she tweeted, “I am not a cult leader. I am not anti-science (that one is almost funny, given how much I quote Einstein). And I am not an anti-vaxxer. Hoping that if I repeat it 3 to 4 times a day I might penetrate the field of lies created to keep some people out of the conversation.”

Williamson campaign spokeswoman Patricia Ewing added, “I am very, very concerned about the word occultist.” Yeah, careful there Ewing. The whole thing sounds embarrassing. But what else do you expect when you speak like a Harry Potter character on the national stage? You’re sure to attract the weirdos.