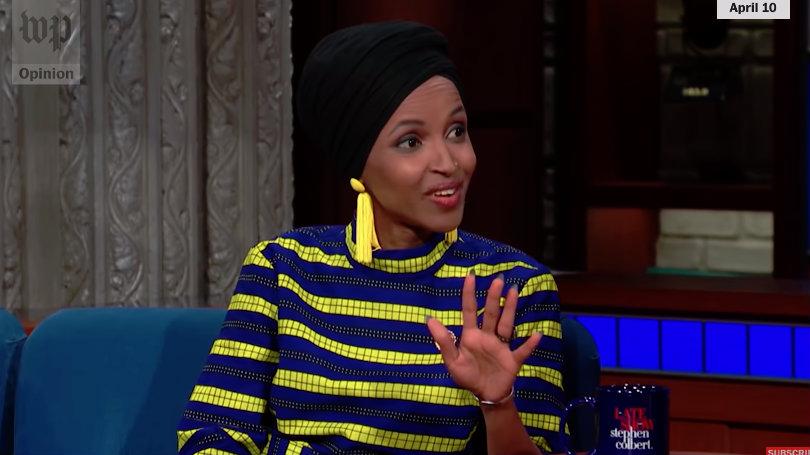 Accusing the President of “trying to get” someone killed is pretty over the top. But Vox’s David Roberts isn’t exactly known for keeping his mouth shut.

The same Roberts who had to apologize years ago for calling for “Nuremberg”-like trials for climate skeptics blasted President Donald Trump on Twitter April 16.

Most recently, Trump had rebuked Rep. Ilhan Omar (D-MN) on April 15, tweeting, “Before Nancy, who has lost all control of Congress and is getting nothing done, decides to defend her leader, Rep. Omar, she should look at the anti-Semitic, anti-Israel and ungrateful U.S. HATE statements Omar has made. She is out of control, except for her control of Nancy!”

Roberts was the latest lefty angry that Omar’s flippant remarks about the September 11th terror attack had been criticized. However, criticism is not the same as leveling a death threat — even if other people make threats later. After Trump tweeted that Omar showed disrespect for one of America’s worst tragedies, left wing writers like The Nation’s Elie Mystal complained that, “Trump’s incitement against Omar is the latest eruption of Trump’s established pattern of exhorting his followers to violence.”

Progressive politicians like Rep. Alexandria Ocasio-Cortez (D-NY) also blamed the president and other conservatives for resulting threats even though they were defending the memory of the tragedy. Ocasio-Cortez claimed that Republican Rep. Dan Crenshaw was “drumming up resentment” of Omar. Crenshaw criticized Omar for portraying 9/11 as something “trivial.”

In response to Robert’s claim about the president “trying to get her killed,” many users agreed. @grudging1 responded, “100%. He already knows he can get people to try to murder his enemies. Multiple people have planned mass murders to this effect.” @kentpitman wrote, “He's trying to incite violence.”

Others used the thread to argue “impeachment” proceedings should continue, and as evidence Trump should be banned from Twitter.

Robert’s accusation was rich give his actual history of “woefully inappropriate” and “stupid” language. In the past, his disdain for climate skeptics led to his characterization of them and their perspective as “monstrously immoral.”

In 2006, while a writer for radical environmental Grist, Roberts savaged skeptics, “we should have war crimes trials for these bastards — some sort of climate Nuremberg.” He later apologized for the ugly rhetoric, saying, “my analogy to the Nuremberg trials was woefully inappropriate — nay, stupid. I retract it wholeheartedly.”