The Twilight Zone is a television classic, and news of its return under producer Jordan Peele, the horror director behind films like Us and Get Out, brought with it a deluge of media excitement. But so far this isn’t turning out to be your grandfather’s favorite after-dinner chiller. The new version is chock-full with progressive themes, and while that might not be what die-hard fans were expecting, it’s just what the doctor ordered for the woke cheerleaders at The Hollywood Reporter. 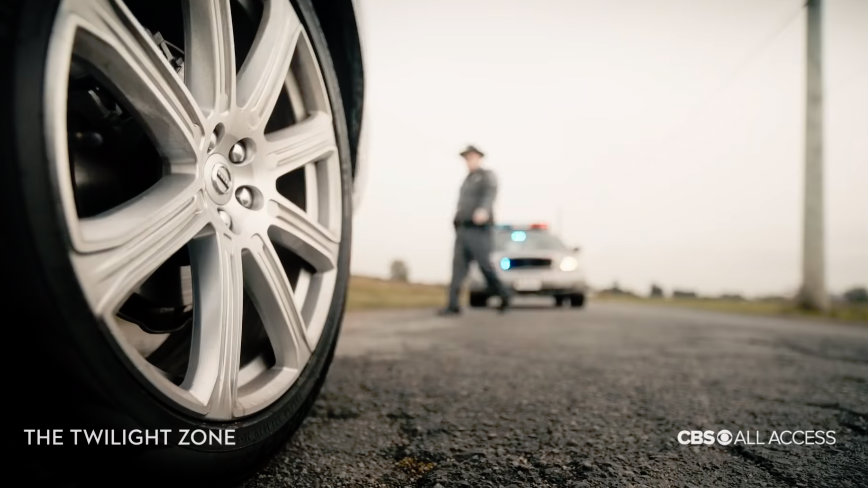 THR provided glowing praise for the third episode in Peele’s CBS All Access’ reboot of the series. Titled “Replay,” the segment is yet another over-simplified Hollywood horror story dealing with racist white cops, those quintessential characters always looking to maim minorities. Even though racist cop attacks aren’t as frequent in reality as the media make them out to be, the folks at the entertainment outlet called it, “a vessel for delivering a vital narrative, in this case one about the very real fear of losing a child to police brutality and the inescapable nature of that violence.”

The Hollywood Reporter recounted “Replay’s” main premise as the story of an African American mother and son minding their own business on a road trip until they are stalked by a white police officer intent on harming them. “Nina (Sanaa Lathan), attempts to take her young son, Dorian (Damson Idris), to college but is constantly pursued by a racist cop (Glenn Fleshler).” Ah yes. Tale as old as time.

The clumsy story beats really commit to this Hollywood hatred for cops — you know, the kind inspired by alt-left #resistance bumper stickers. Along the way, both Nina and Dorian sit down for lunch at a restaurant where it “just so happens that a highway patrolman with a racist axe to grind also happens to be eating there.”

Of course it’s the Twilight Zone so there’s some esoteric premise woven into the story. In “Replay,” it’s a camera the mother finds that allows her to travel back in time to the point where she first finds the camera. But really it just serves to make a more complicated cat & mouse of the racist variety.

Despite the unrealistic premise, THR gushed about the terror the episode evoked. “There's something truly chilling about the inevitability of the violence that mother and son face. It doesn't matter how Nina and Dorian behave — whether they try to befriend the patrolman, face him down or attempt to outrun him, he always finds them.”

Another word for inevitability is boredom. And the show’s resolution doesn’t skimp on the hamfistedly leftist narrative either. Nina finally loses the cop and gets her son Dorian to his “historically black college, where along with his classmates they face down and publicly shame the violent man who has been chasing them.” They’re victorious — at least that what it seems at first.

Now this wouldn’t be the Twilight Zone without some macabre twist, but don’t hold your breath. It’s only compelling if you’re a member of the #resistance or a lefty THR reporter. Years later, “the prodigal son steps out to run an errand and never makes it back as he is killed by the police.” THR slathered on some of their own interpretation: “Peele reminds us, you can't escape fate (or institutional oppression), even in The Twilight Zone.” It seems like real horror of the series now is that it’s proof that leftist ideas have totally zombified every bit of our culture.