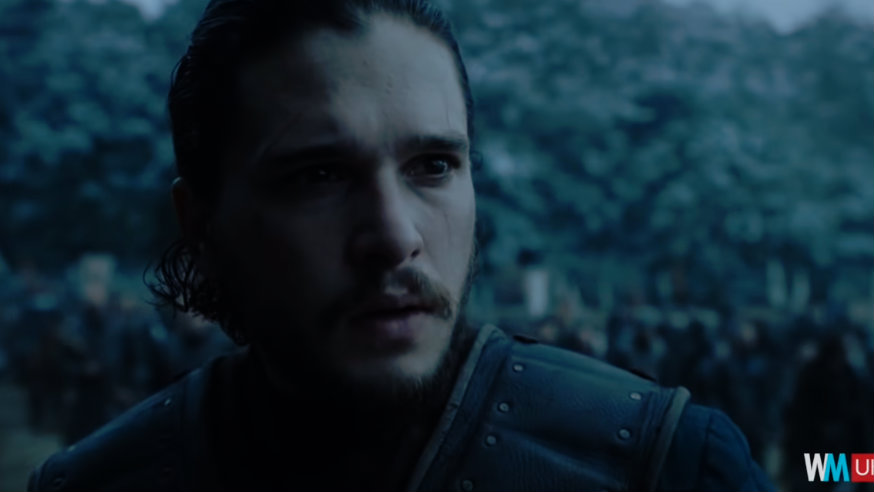 Game of Thrones star Kit Harington appears to be the latest in a long line of Hollywood lefty Trump Derangement Syndrome victims.

The actor behind the show's hero Jon Snow recently sat down with Variety to talk about the upcoming final season of HBO’s insanely popular, long-running medieval fantasy series, a shockingly-violent and sexually-disturbed drama that focuses on various royal bloodlines competing for the claim to the Iron Throne.

And, since his TDS symptoms are severe, Harington felt compelled to warn the interviewers that the Trump presidency mirrors one of the show’s most petulant and brutal villains, King Joffrey.

For any lefty, the word tyrant is synonymous with Donald Trump, and as progressives’ only cultural references run the narrow gamut from Harry Potter and HBO’s fantasy series, many pat themselves on the back for seeing the connection between brutal child-king Joffrey and President Donald Trump. GoT leading man Kit Harington, who plays one of the more benevolent throne-chasers, bought into this.

Talking to Variety, Harington managed to go down the hole of blurring fantasy and reality. He began saying that the show is “about dysfunctional families — or families in general, always where the best drama is — and the everlasting idea that people who seek power are very often the last people who should have it.” Hint, hint, eagle-eyed #resistance members. Harington continued, “Unfortunately, we’re leaving ‘Thrones’ with a Joffrey as the President of the United States of America.”

Harington continued, wondering if it would be a different world if fans had considered Thrones’ “prophetic” warnings. Yeah, like your schlocky show deserves that much credit, dude. He claimed, “I’m deeply sad of the state of the world as ‘Thrones’ ends. Because if it was prophetic, you’d hope that people would have watched ‘Thrones’ and tried to avoid some of the situations these characters find themselves in.”

“I feel like we’re living in a more ‘Thrones’-like world,” the actor concluded, prompting every purple-haired lefty to imagine a fantasy world where brave, knighted special counsels, and Democratic congresswomen of royal lineage would storm the gates of the White House to supplant our current usurper king.