As Tom Petty once sang, even the losers get lucky sometimes. The anti-Trump media has done a horrible job trying to convince Americans we shouldn’t have a wall at the southern border. But lo and behold, they’ve received a little gift from the gods -- a bit of serendipity to grasp at in the absence of an argument. A few days ago, writers for both CBS online and Variety uncovered an old 1950s TV episode in which a manipulative “con man” named Trump convinces a fear-stricken town to buy his wall. When you’re a partisan hack, that’s more than a whacky coincidence. It’s a fateful lesson from the past because the show’s plot twists “closely mirror what is happening today.” 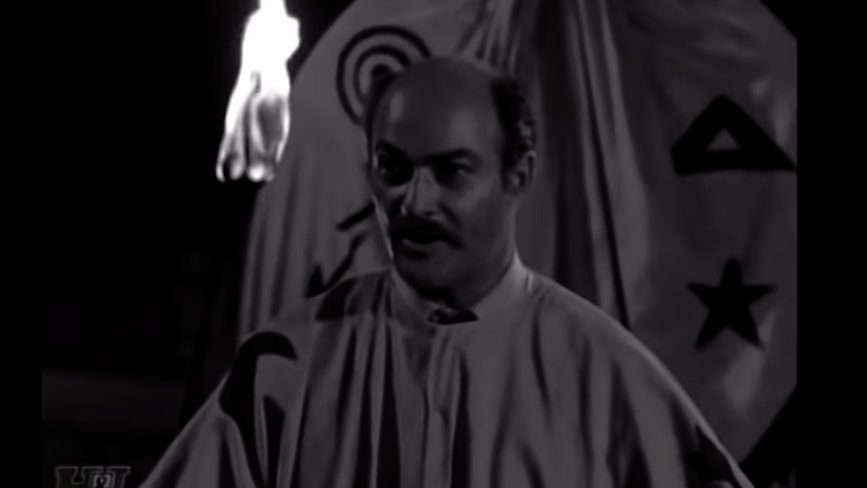 CBS writer Christopher Brito reported that a 1958 episode of the TV western “Trackdown” captured “eerie parallels” of today’s border standoff between President Donald Trump and Democrats, who refuse to accept any bit of a border wall’s funding.

As a series, “Trackdown” follows the adventures of a Texas Ranger as he hunts bandits and tries to round up all sorts of other cattle-rustling miscreants. This particular episode, which CBS confirmed exists in the network’s internal archives, centers on villain Walter Trump, who claims to be “the only one who can save the villagers from meteors by building a wall.”

“Nearly everyone believes him [Walter Trump,] and fear grips the population. Trump threatens to sue Texas Ranger Hoby Gilman (played by Robert Culp), the only person who openly doubts him.”

1950s serial Trump was such a con man that he ended up convincing most everyone in the town to fork over cash for his wall, but as justice is swift for wild west outlaws, he ends up getting arrested and then gunned down by one of the locals. Just desserts eh?

Variety writer Jordan Moreau described how this archival footage spoke to him. He wrote, “Even though 'Trackdown' was a fictional show, the events of that episode closely mirror what is happening today.”

Of course, to these folks Trump and con-man are interchangeable nouns, and 50s television depicting a wall as the con-man’s greatest fraud is downright prophetic. “As today’s government shutdown enters its third week with no compromise on the Mexican border wall in sight, the country may be hoping for a Ranger Gilman of its own to bring an end to it.”

This is outrageous of course. TV shows about hucksters selling needless and utterly ridiculous infrastructure projects aren’t prophetic. That’s like saying Springfield in “Marge vs. the Monorail” could predict, say, California liberals would take on a rail project just because Shelbyville Japan had one. Er, wait, ...