The Hollywood Reporter should really just focus on reporting the petty facts of celebrity living, because beyond that their credibility takes a wicked nosedive. Recently THR critics praised the latest season of The Man in The High Castle as “must see TV” for its “Trump-era relevancy.” 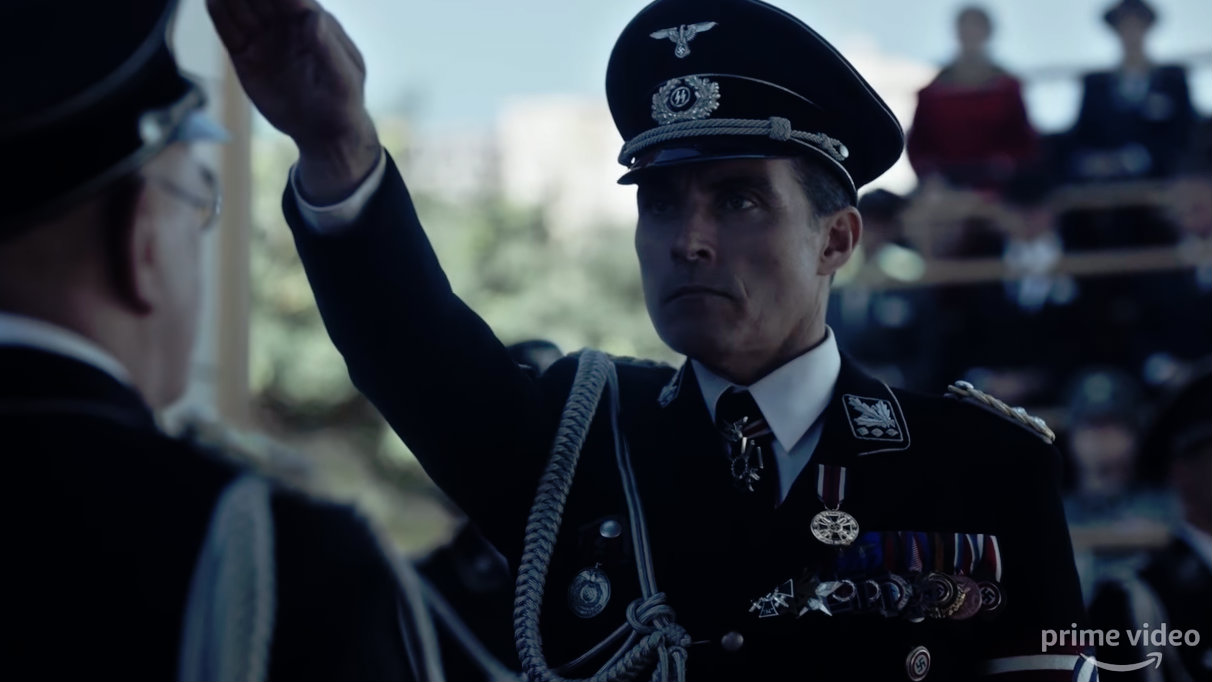 To demonstrate how ridiculous this statement is, one must know that The Man in the High Castle — which is now embarking on its third season, is a post-apocalyptic thriller set in an America that lost World War II and has been incorporated into Hitler’s third reich. The show is timely in a liberal fever dream sort of way because of course Trump is Hitler, Hitler is Trump.

You can imagine all sorts of purple-haired bleeding hearts glued to their laptops and stewing in tear-filled anger as they follow the plight of a tattered anti-Hitler resistance, with the added agony of imagining Democratic senators Elizabeth Warren and Kamala Harris enduring such hell in real time.

THR stated, “It is by far the best and most consistently ominous drama of the Trump era … the series seems to have leaned into the darkness of the unmistakable parallels between its fictional dystopia and the real world.”

While the outlet described seasons one and two as interesting and compelling enough, an apparent creative writer’s block put the production on hold for 22 months. But now that it’s back, season three has come off as necessary and dire because, as THR put it, “Then came Trump.” Now there’s “no denying that the new season is an often painful allegory for our time.”

“Between Charlottesville, Pittsburgh, explosives mailed to Democrats, immigration fear-mongering, children separated from their parents, ICE abuses, #MeToo disbelievers in the realm of a Supreme Court nomination… you’ve got an almost unbelievable set of circumstances ripe for dramatic representation.” According to THR, Amazon’s Man in the High Castle “fills that breach.”

Man, this is why sticking with the “Hollywood He said/she said …” or “Johnny Depp Stars in Pirates 8” headlines should stay as THR’s priorities. But no. They’ll just continue the narrative that Jewish individuals killed by a lunatic Trump-hating anti-semite is reflective of Trump’s bidding, and thus parallel to a alternate history in which actual anti-Semitic dictators sic their own soldiers on the Jewish people. Does that necessarily follow?

This is a new kind of crazy on the part of established journalists, left wing or not. We get that they’re mad about not getting their way last election cycle, but publishing such obscene conflations is too far. The Hitler comparisons only exist because they've put their unhinged imaginative storytelling into print.

But no matter. For all the brainwashed libs who love this BS, The Hollywood Reporter promises them that “the show is so good now because it’s so real now. Watching makes you tense. It makes you angry.” Oh and here’s the obligatory kicker, “the series will certainly make you want to vote.”

Yeah, we need more people voting because they got tense watching a comic book fantasy show. What could go wrong?