It’s been several days since the Ford/Kavanaugh hearing, and although there is nothing confirmed about either party’s testimony, the entire Democrat-Media Complex is ramping up the rhetoric that Brett Kavanaugh is a rapist. And what would an angry mob do to someone they’ve been led to believe is a monster? Destroy him and his family. 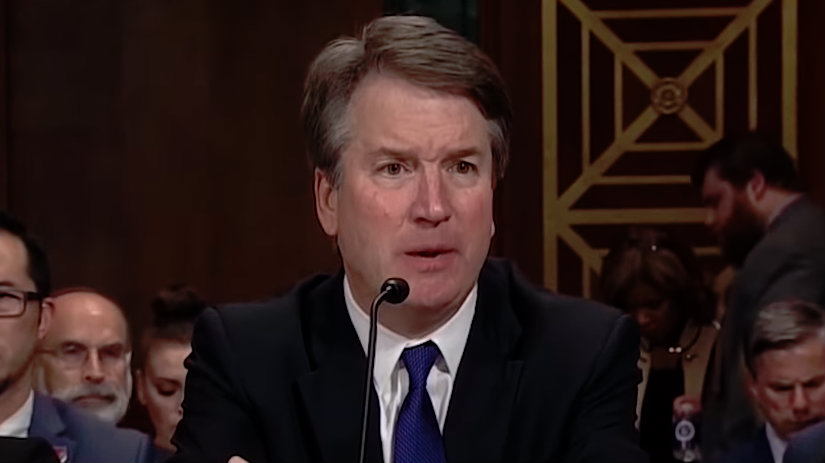 That’s exactly what the political cartoonist for the Illinois Times decided to do last Friday. Left-wing reactionary doodler Chris Britt took what Kavanaugh said about his daughter praying for Dr. Christine Blasey Ford and twisted it into something nasty and particularly defamatory.

Yeah, go on and scandalize the little daughter. If it’s politically profitable to you, why not?

Britt took the image of Kavanaugh’s daughter saying her bedtime prayers, and instead of depicting her praying for Dr. Ford, the artist drew her asking God forgiveness for her dad’s monstrous ways.

Kneeling down at the side of her bed, the little girl prayed, “Dear God, Forgive my angry, lying, alcoholic father for sexually assaulting Dr. Ford.” Yeah, there’s no subtle joke, or clever perspective, it’s just about going wholesale with these accusations. Clearly the idea that Kavanaugh and his daughters have been showing spiritual charity towards Ford has prompted the left to seethe. So you get disgusting pieces like these.

This isn’t the first time Mr. Britt has portrayed Kavanaugh in fiendish cartoon form. The judge has been an inspiration of his for weeks, prompting him to create images of Kavanaugh and President Trump groping lady justice, or both of them being passengers of the “Predator Bus” on its “Trash the Women Tour”

The most recent illustration, prior to the “Children’s Prayer,” depicts a drunk Kavanaugh testifying before the Senate Judiciary Committee. A cartoon Senator Grassley asks the judge “Do you promise to lie, party hard, hold chicks down, and sexually assault them?” With beer glasses strewn about him, Kavanaugh, under oath, shouts, “@*#! Yeah!”

It seems that there are no lows too low for the outrage manufacturers on the left. These are the same types of people that say the very existence of Donald Trump is about as devastating to America as the Pearl Harbor Attacks, or 9/11. Just look at Britt’s September 11th, 2018 cartoon, in which the Trump airliner is drawn headed for the twin towers respectively named “decency” and “democracy."

In any other world where truth was respected or at least sought after, Britt and his outlandish cartoons would be seen as reckless propaganda and the potential cause of several defamation lawsuits. But since Chris Britt exists in a world full of loons who feel justified in declaring Kavanaugh an abuser without any proof, he can get away with it.