Too Little, Too Late: Fonda ‘Will Go to My Grave Regretting’ ‘Hanoi Jane’ 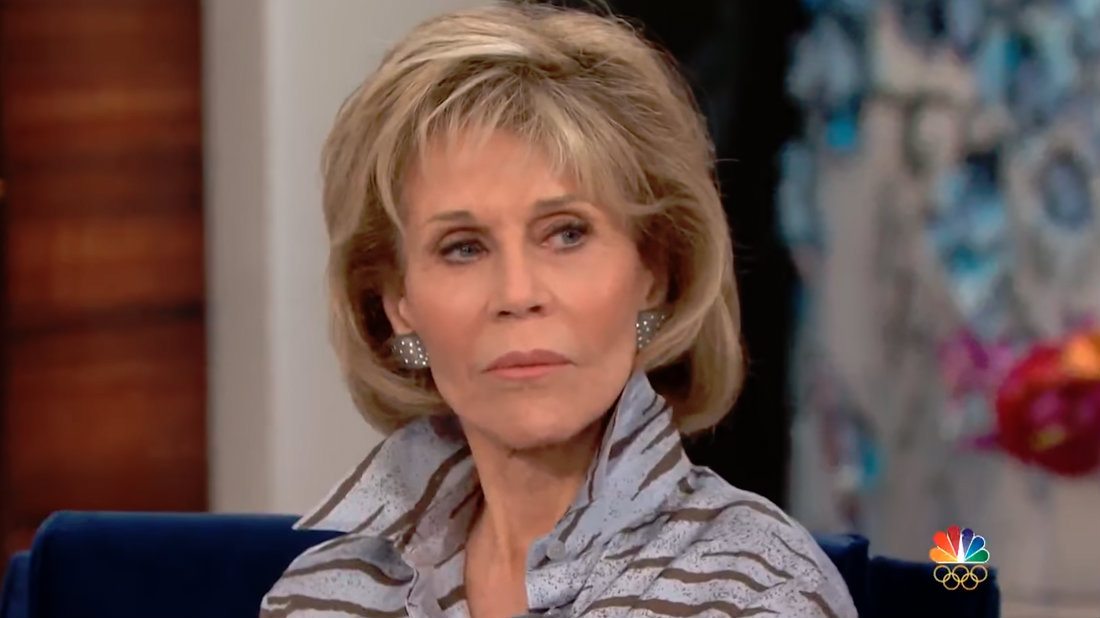 Jane Fonda has a new biopic being released on Netflix this week called Jane Fonda in Five Acts, so of course sat down for a tell-all with USA Today to talk about her life in the limelight, her struggles with insecurity, and that infamous anti-war photo prompting millions to dub her “Hanoi Jane” -- something she says she deeply regrets.

Published on Monday, the article presented the profile of a woman, who hadn’t (until recently) ever felt comfortable in her own skin. Fonda detailed how the early suicide of her mother, the aloofness of her father, and the pressure of life behind the camera led to a difficult and insecure life.

Maybe the fact that she grew up a bit unmoored and unsure about herself contributed to the fact that she got behind lefty progressive activism. USA Today wrote that “Fonda is often identified with her progressive political activism, most memorably expressed in her opposition to the Vietnam War. Fonda’s visit to North Vietnam drew fierce pushback that exists today.”

As it should. She gave aid and comfort to America’s enemies in the form of a PR coup. She broadcast communist propaganda to U.S. military personnel, and the NVA stopped beating seven even American POWs long enough for her to be filmed meeting them.

Then, of course, there’s the infamous picture of Fonda sitting behind a North Vietnamese anti-aircraft gun peering up the sights just like her hosts did when U.S. warplanes appeared over head. It went beyond anti-war and into treason.

It’s taken decades, but “Hanoi Jane” has admitted that it was a dumb move. She told USA Today, “I’m naive and I make mistakes,” adding that “It was a betrayal … I will go to my grave regretting that.”

The rest of the article detailed how Fonda had developed into the quintessential snowflake. Of course it was all about how her life growing up had been so hard. She mentioned the crippling self-doubt, stemming from having an absent father, too preoccupied with his own Hollywood career. “These kind of men aren’t always good fathers,” she claimed. She also went on about how the impossible beauty standards of the 70s “took a toll,” mentioning her battle with bulimia.

Clearly nothing Fonda faced was as terrible as the horrors experienced by the U.S. soldiers she mocked, but kudos to USA Today to try and spin the tragic tale of pressures facing rich and famous socialites as a natural pretext to traitorous actions.

Maybe Fonda’s sob story can convince a new generation to see her in a different light, however most people will likely agree that you don’t take sides with the NVA in order to get Daddy’s attention, or to protest the era’s extreme beauty standards.