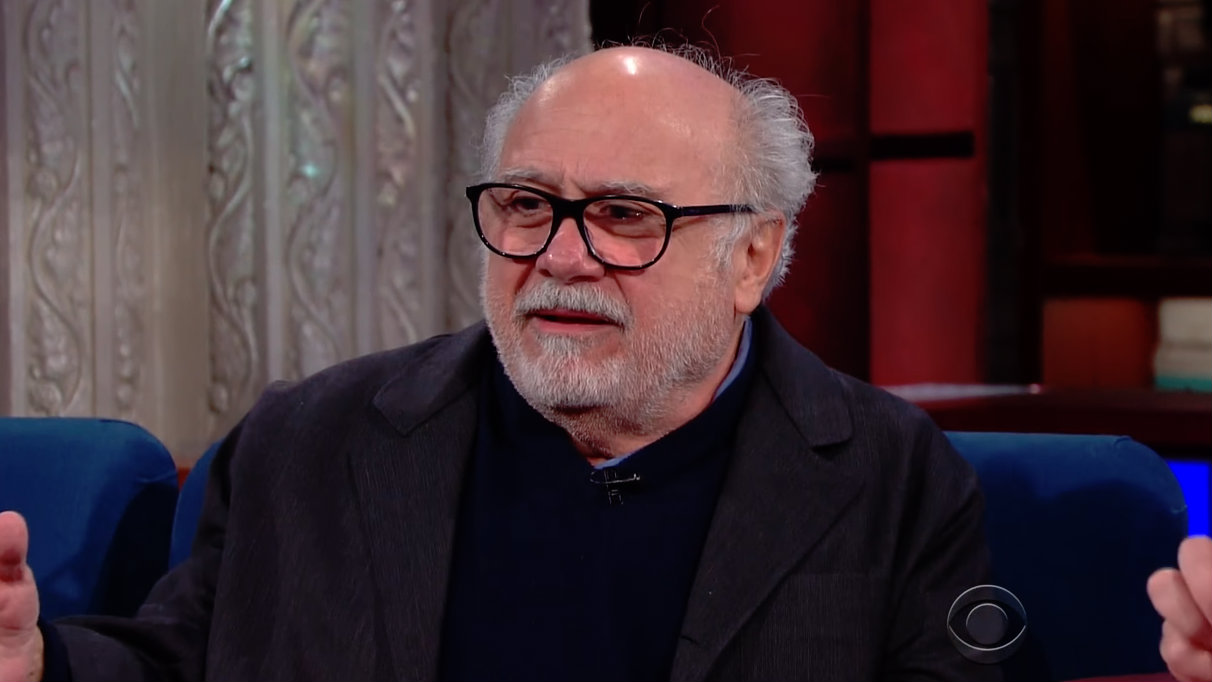 Picture that one weird, older uncle you might have. You know, the one who appears to be losing his grip on reality as he sits on your back porch sipping craft beer, puffing a funny-smelling cigarette, and rambling on about how Bernie Sanders’ political musings are the answers America needs right now. That’s basically how actor Danny DeVito has been coming off lately.

In an interview with The Daily Beast, DeVito did the obligatory Trump hatred, but went further, slamming establishment Democrats, and singing the praises of socialist “it” girl, Alexandria Ocasio-Cortez.

And to think, his sitcom character Frank Reynolds (It’s Always Sunny in Philadelphia)  was a little unhinged.

Daily Beast reporter Marlow Stern talked to DeVito about his vocal support for Bernie Sanders during the 2016 election, and asked if DeVito still considered the Senator to be the Democrats’ only hope in the 2020 election.

Funny enough, DeVito mentioned that he had moved onto a new democratic hopeful, one that has really jazzed up the socialist crowd lately. “Well, I’m really excited about Ocasio-Cortez.” he stated, mentioning how happy he was about her victory in New York. “That was great, man. It was very exciting to see that. The thing about it is, Crowley was in there for ten years, and she beat the machine.”

DeVito then went on to promote democratic socialist principles, like free health care, and complete capitulation to the politics of climate change. He stated, “Not only young people but all people are starting to get hip to the fact that we have to take care of healthcare, education, and the environment.”

And if you take it from crazy lefties, like DeVito, this has been paramount because of all the doomsday level threats we’ve to issued to our fragile mother earth. He said, “We’re riding around in cars polluting the shit out of the city. Look what’s going on now in California with all the tragic fires. You’ve got floods in India, problems all over the world. It’s horrifying.”

To see Danny advocate these ideals is pretty funny, considering his most famous character is a trigger-happy, crackpot millionaire-businessman who has once or twice embraced ransacking the environment in order to pursuit a slimy business deal. Heck, in DeVito’s mind, his character Frank Reynolds is how he pictures Donald Trump to be: a rich, sleazy, professional grifter.

When Stern asked about Donald Trump’s climate policies, DeVito showed no hesitation in bad-mouthing the president and his administration. “They’re just making money. They just want to make money. I think they live with the mentality of -- there was this old saying, ‘Whoever dies with the most toys wins…’ They don’t care about other people.”

DeVito even went on to excoriate mainstream Democrats, calling them “clowns.” Well clearly, the left has gone so far left that they can’t even ally themselves with the party anymore. But of course, Danny calls himself a “progressive” who’s all about voting to “change the planet,” or people “voting to give free education.”

At the end of the interview, DeVito was asked about the recent child separation protocols enforced by ICE and border patrol. He was blunt, saying “Oh, it’s horrible. They are prison camps. It’s awful. They’re little concentration camps.” Thank you, Danny. You’re a fantastic actor, but clearly there’s been too much lefty propaganda uploaded into your brain.