Gender roles are a getting a makeover, literally. The “Beauty Boys” of Instagram are here to show society that traditional gender concepts are a thing of the past. For those of you struggling with trying to live up to the pressures of cis-kind, don’t worry, these boys believe that “make-up is for everyone.” 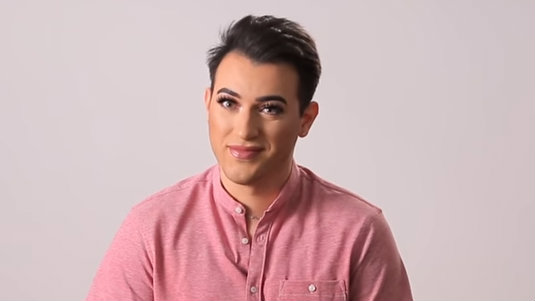 And to think people consider the moon landing an accomplishment.

But let’s hear him out. Maybe society’s stigma stands too strongly against all this. After all, Waters claims that queerness and gender presentation aren’t necessarily in lock-step with each other. Just because a guy uses makeup doesn’t mean he’s less of a man. He writes “Many queer people do not dress outside of gender norms, and many people who do subvert the gender binary do not self-identify as queer. But there is no denying that these tropes have been deployed to specifically target queer people.”

So yes, society, it’s your fault for thinking that it’s strange for men to be doing women things, and vice versa. But now, gone are the days where men “searched themselves for vestiges of effeminacy as though for lice,” or when queerness was spat upon, “simply owning blush could become a liability.” These 20th century fears and stigmas are being rejected by the beauty boys, and it’s a brave new world.

But as Them explains, many of the prominent beauty boys are just cisgender (straight) guys that love makeup. Eccentric as that is, the trans and queer movement would like it to go further, with more queer and non-binary representation happening. That is where the real risk and art is.

This kind of representation would push the gender debate even further, and make society “more open to varying forms of self-expression.” Waters reflects on the classic gender-bending image of Louis XIV in high heels and a massive wig, saying that it shows “that our ideas of masculinity and femininity are ever-changing.” Fair enough, but he takes heart that the rise of the beauty boys might mean something even more significant; that we may be on the verge of divorcing from gender norms entirely.

And that seems way more scary and twisted than a bunch of boys wearing eyeliner. Nevermind, grab the torches and pitchforks.