Songwriter Donovan Woods feels as though country music needs a progressive, pro-LGBTQ update and that fans just need to put up with it. He hopes his new pro-gay music video will get the ball rolling. Might I suggest he find a new line of work. 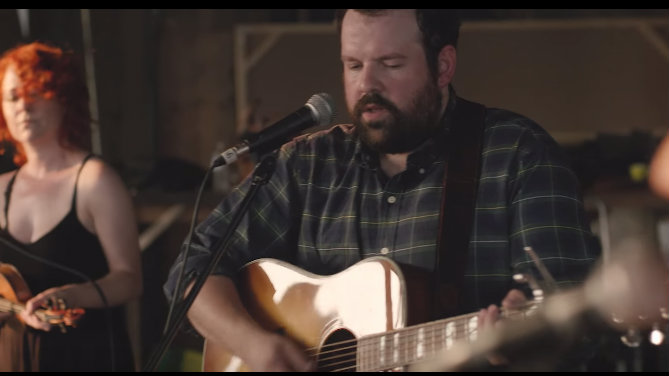 Sitting down with Billboard.com’s Stephen Daw, Woods described how he knew that his song “Burn That Bridge” should be about a same-sex romance. “Once he figured out the groundwork of the song’s story -- one of two good friends falling in love with the other -- he felt strongly that it should be represented by a gay couple.” The song’s video, which premiered Wednesday, depicts two men who fall in love with each other while roommates in an apartment.

Woods said that his co-writer, a gay woman, inspired him to include the homosexual angle in the video. He also discussed that he felt that it was important to fight the genre’s lack of LGBTQ representation.

Well what can you expect from a “Canadian guy who was raised by atheists in a hippie town?”

Daw asked, “How do you think the folk and country industries and those communities are doing in terms of including more LGBTQ individuals?” “They’re not doing well at all,” he replied, saying that he was “shocked again and again by how slow the progress is in the country world.”

The main problem, Woods thought, is that many country stars have been afraid lately to be honest about their private feelings in their public personas. “I think people are still afraid to sort of express their real opinions outwardly for fear of losing fans.”

Although Woods seemed frustrated, he remains hopeful due to a new generation of young country stars that are pushing the boundaries. Country musicians Maren Morris and Brothers Osbourne, he said, “these are young people who have grown up in the real world with a realistic view of what 2018 should look like.”

Daw agreed, stating “I feel like they really recognize that it's more important for them to speak out about what they think is important than it is to preserve whatever less-tolerant fanbase is out there.”

Woods further explained that he felt country music’s narrative is to blame. With lyrics talking about the ‘good ol’ days’ and the ‘craziness’ of the modern world, country music fans need to know that right now is progress. Cue the grand-standing:

So, what are the chances of deporting atheist Canadian hippies?