Coke is woke, and gosh darn it, we’ve all got to know about it!

Coca Cola’s new ad, “The Wonder of Us,” aired during Super Bowl LII. The 60-second spot immediately came out out with the usual diversity happy talk. “Better world, bridging continents, yadda yadda.” However, this time Coca Cola went a little further in terms of diversification, providing a not so subtle subtle nod to the transgender trend, er, ‘non-binary’ community.

The narration says: “There’s a Coke for he, and she, and her, and me, and them. There’s a different Coke for all of us.” When it reaches the pronoun “them,” it’s accompanied by a visual of a young androgynous person wearing a rainbow lanyard. She or he is the “them.”

The genderqueer nod is almost hard to spot amidst all the steaming heaps of diversity but, but apparently, all the right people saw it, and loved it. Daily Beast writes that this “was Coke’s marketing department at its finest,” adding that “These are the sort of baby steps that change the media landscape, little by little.”

Samantha Allen of the Daily Beast treated it as a watershed moment for underrepresented non-binaries, saying “the importance of 100 million people hearing the word ‘them’ during a Super Bowl ad cannot be overstated.” Well, yeah it can.

Prior to the game, Rolling Stone included the ad in their list of best leaked Super Bowl ads, stating that “Whether or not the spot is hawking [hocking] the diet destroyer that is soda, the diversity-celebrating sentiment is a positive one.” 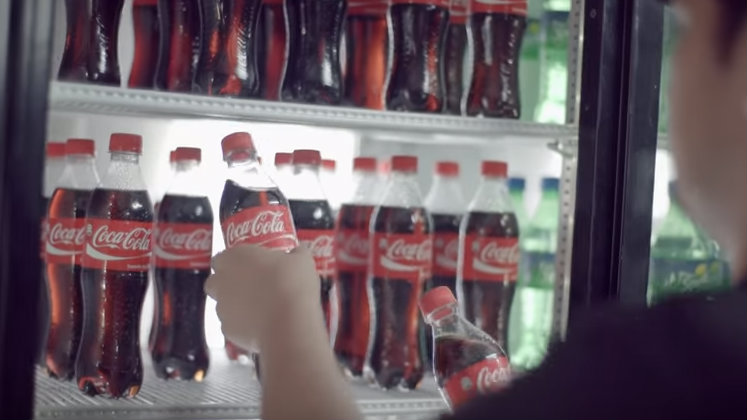 Coke’s TV spot also yielded positive feedback from the youngsters on social media as well -- the progressive use of the pronoun ‘them’ being a vindicating moment in pop culture. Samantha Allen writes, citing the Broadly section of Vice, Generation Z is especially likely to embrace non-binary identification. Fifty six percent of 13-to-20-year-olds told the J. Walter Thompson Innovation Group that “they knew someone who went by gender neutral pronouns such as ‘they,’ ‘them,’ or ‘ze,’"

Of course, the American public will worry about where soda companies fit in with the the obesity epidemic, but regarding the collapse of citizens’ mental health, that’s something 100 million viewers should be proud to sign off on.