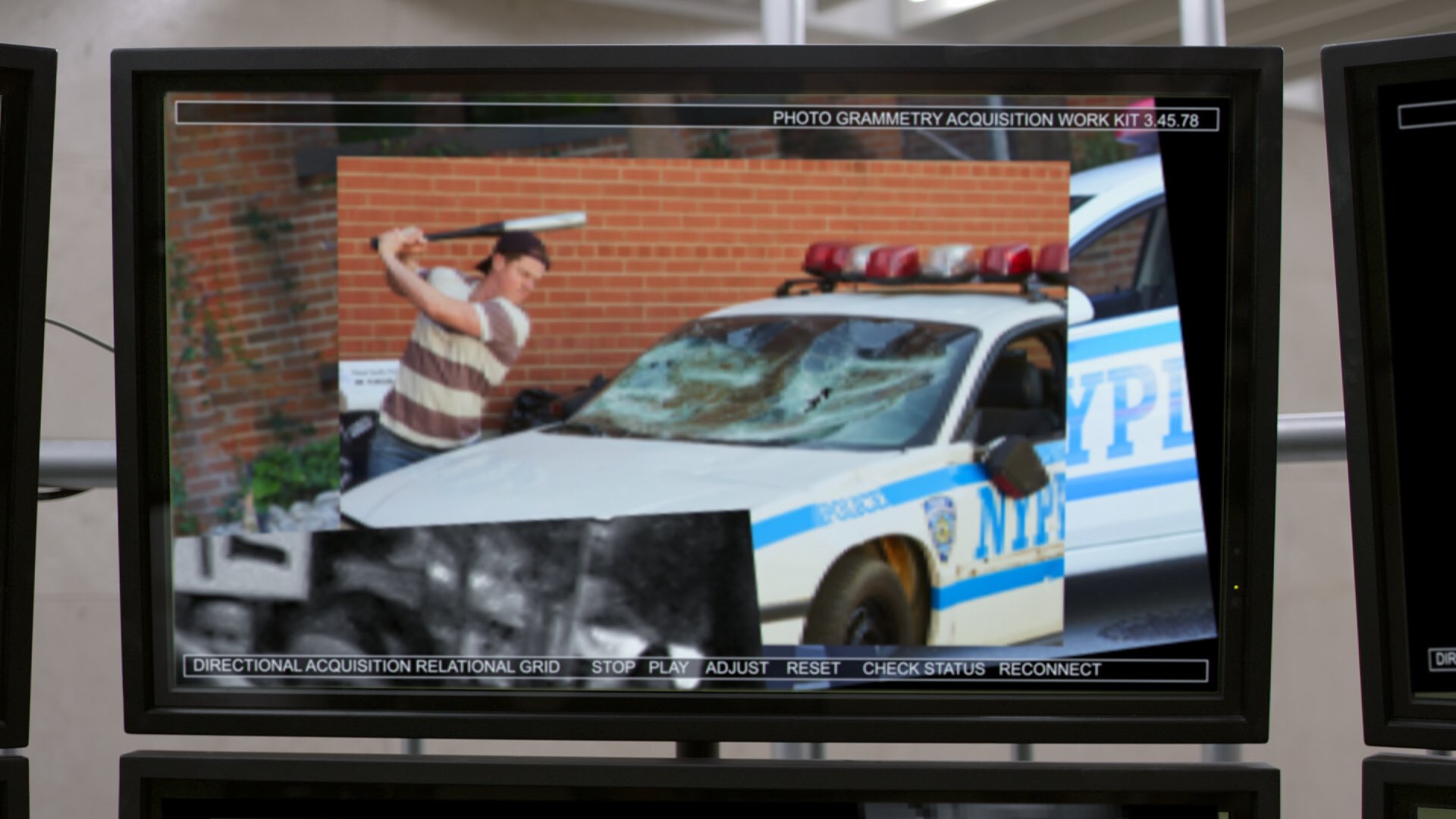 In Monday night's episode titled “#StayWoke,” ABC’s newest crime procedural, Conviction, went all-in on Black Lives Matter talking points. Within the first five minutes of the episode, various characters claim that white defendants get a pass, that black demonstrations are called “riots” but when whites riot it’s called a “demonstration,” that “justice is clearly not color-blind,” and that the black defendant at the heart of the episode was railroaded by an all-white jury in Albany.

If you haven’t been watching the show, ABC’s Conviction follows the work of the “Conviction Integrity Unit” (CIU) which re-examines old cases in which they believe an innocent person may have been convicted. This week’s defendant is Porscha Williams; she was wrongly convicted of killing a police officer and is the show’s fictional inspiration for the Black Lives Matter Movement. Naturally, Williams has a master’s degree in Social Justice and Community Development—no, I’m not joking—which may explain why she doesn’t understand statistics.

In her first interview with the CIU, Williams claims police killed “over 100 unarmed black people, five times the number of unarmed whites.” In her second interview, she accuses the black, female former-cop working to free her of raising her son as a “house negro.” I’m sure that kind of rhetoric will help inspire young blacks to join the police force.

Porscha: Truth is, I am guilty.

Hayes: That was quick.

Porscha: Guilty of trying to make a difference, guilty of seeking equality, guilty of wanting a real conversation between the police and the people of New York City.

Hayes: But not guilty of killing Sergeant Blake.

Porscha: No, despite what 12 uptight, angry white folks from Albany say.

Maxine: Did those white folks also buy that 9m and register it in your name?

Porscha: I got rid of that gun in a buyback program when I found out I was pregnant, a full year before the rally. All I had in my hand that day was a cellphone.

Maxine: You didn't get arrested with a cellphone.

Porscha: It got knocked out of my hand. Must have been stolen or kicked into a subway grate. I have a master's degree in Social Justice and Community Development. I was trying to work with law enforcement.

Maxine: I saw the picture of you screaming in Sergeant Blake's face. Is that you working with law enforcement?

Porscha: Last year, police killed over 100 unarmed black people, five times the number of unarmed whites. What was I supposed to do, whisper?

Maxine: Sometimes when you shout, the message gets lost.

Porscha: And when we sit quietly in our place, they ignore us.

It took some time to track down where the Conviction writers found this statistic. The number seems to have come from a website called Mapping Police Violence which claims “police killed at least 102 unarmed black people in 2015.” Unfortunately, the data does not back up the second part of Williams’ claim. According to the same website’s source data, 259 unarmed whites were killed by police versus 244 blacks. (No, I can’t explain the discrepancies; I just downloaded their data).

Data from the Washington Post paints a similar picture, but with far fewer killings. According to the Post’s data: in 2015, 38 unarmed blacks were killed by police compared to 32 unarmed whites. While it is true that the rate of police killings would be higher for unarmed blacks than whites, the episode doesn’t make that argument. Furthermore, in pushing Black Lives Matter’s messaging, Conviction never addresses another statistic: “an officer’s chance of getting killed by a black assailant is 18.5 times higher than the chance of an unarmed black getting killed by a cop.”

Botched statistics were just the beginning of the episode’s problems. The audience later learns Williams was only convicted because a rich white kid lied to police about witnessing the shooting to give himself an alibi for his own crime. At the time of the shooting, the star “witness” was a block away from the crime scene smashing a cop car with a bat. He is, rightly, charged with perjury.

Maxine: At Porscha Williams' trial, you testified you saw the defendant fire a handgun in the direction of NYPD Sergeant Blake.

Maxine: Then how do you explain this photo, Charlie? This was taken around the corner from the rally, just before the shooting.

Sam: You lied under oath. Perjury's a serious charge.

Maxine: I think you got swept up in the moment, decided to get your rich, white boy ya-yas out, go Beyoncé on that cop car. Then you heard the shot, went around the corner to see what's what. We good so far?

Sam: Oh, it's good for me. The officers' notes say that you were stopped on suspicion of vandalism?

Maxine: Ooh, suddenly you're not so down with the struggle. You see Sergeant Blake dying on the ground, pretend to be a witness to the shooting.

Sam: And give yourself the perfect alibi.

Maxine: Here's the deal. Either you go down for perjury or you come clean right now and tell us the truth.

Charlie: Wait. You're right. I was swept up and I went to town on that squad car. Heard a shot, and I ran over to see. Porscha was there on the ground, hands zip-tied. So when the cops grabbed me about the car, I told them that I had seen Porscha fire the shot.

Maxine: So you lied and put Porscha Williams in prison?

Charlie: I was there for your cause, supporting the black struggle. Yeah, I lied.

Maxine: All right. Well, now you're going down for perjury.

Charlie: But I thought you -- you said –

Maxine: I lied, too.

I’m not surprised by these plot holes. When writers put their political narrative ahead of the story, their writing gets sloppy. Hopefully ABC’s Conviction will put more focus on good storytelling in the future, but I’m not holding my breath.