Tired TV Trope: The Eeeeevil Businessman Did It (Again) on CBS 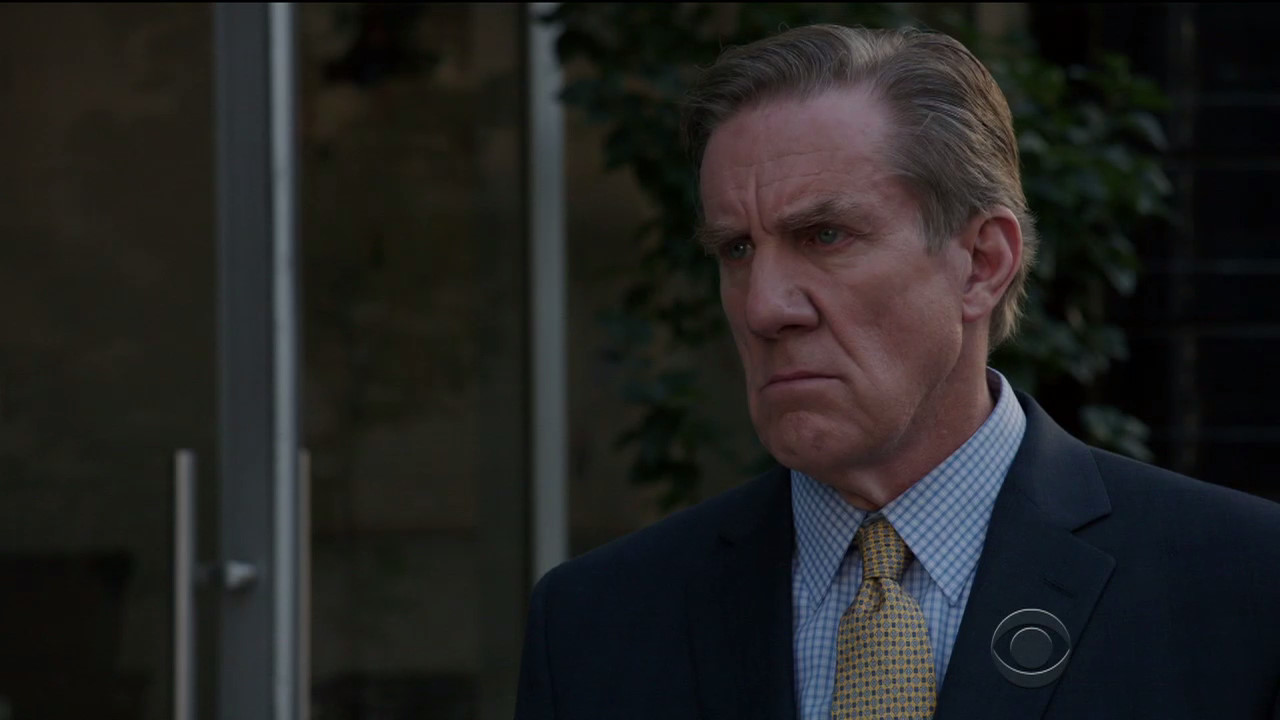 If you’re a regular reader, you may remember when Limitless featured a big-business CEO at a bioweapons firm who murdered an American general because he wanted to divert funds to other projects. Apparently CBS thinks all corporate deals involve capital crimes. Last night’s episode of Elementary, “The Games Underfoot,” brought a very similar plot to the Sherlock Holmes-inspired procedural.

To cut to the chase and spoil the episode, an archaeologist named Eddie Ross is killed because he uncovered barrels of toxic chemicals buried in a sealed, repurposed landfill. The revelation of the toxic chemicals would tank the sale of a residential complex and cost real estate developer Duncan Brice (Nick Wyman) millions in lost revenues and civil litigation. To protect the deal, Brice has Ross murdered by an arsonist he had previously hired to commit insurance fraud. Because every evil businessman has his own personal evil henchman to do his evil dirty deeds.

Brice: Anything you have to say, call my lawyer. I'm not talking to you without him.

Watson: Actually, you're not going to have to do any talking at all.

Holmes: Nice building. Can see why you'd want to have offices in it. The building that used to occupy this space was a dump, so, it's a small wonder you had it burned down so your insurance company would pay for an upgrade.

Brice: Is the NYPD looking for a slander suit?

Bell: You hired a professional torch named Vladimir Orlov to set a fire in this building four years ago, and to kill Eddie Ross four nights ago.

Brice: No. I've never seen that man before.

Watson: When this building burned down in 2011, the smoke detector in the unit where the fire started never went off. The batteries were dead, even though the building manager swore he had just replaced them a week before.

Gregson: There was no other sign of foul play, so no one thought much of it. But after everything that's happened the last few days, it jumped out at us.

Holmes: We wonder-- did your arsonist replace the fresh batteries with dead ones to delay the arrival of the fire department? And if he did so in 2011, did he also do so in 2015?

Watson: Turns out he had. But when things went sideways, and he had to undo the fire he was planning to set, he put the good batteries back into Eddie's smoke detector.

Bell: Unfortunately for him, well, and for you, the new fire was concentrated around Eddie's body. Didn't do any damage to the smoke detector, or to the prints Vladimir Orlov left on the batteries.

Gregson: We've had him in custody the last few hours. He named you as the guy who hired him to kill Eddie Ross.

Bell: Duncan Brice, you're under arrest. You have the right to remain silent. Anything you say can be used against you in court.

CBS loves bashing big business, but with $13.81 billion in revenues for 2014, the network dwarfs the size of the fictional corporations they vilify. You’d think CBS executives would be a little more sensitive to the appearance of hypocrisy. Then again, perhaps they view their frequent attacks on business as a preemptive penance to fellow liberals.