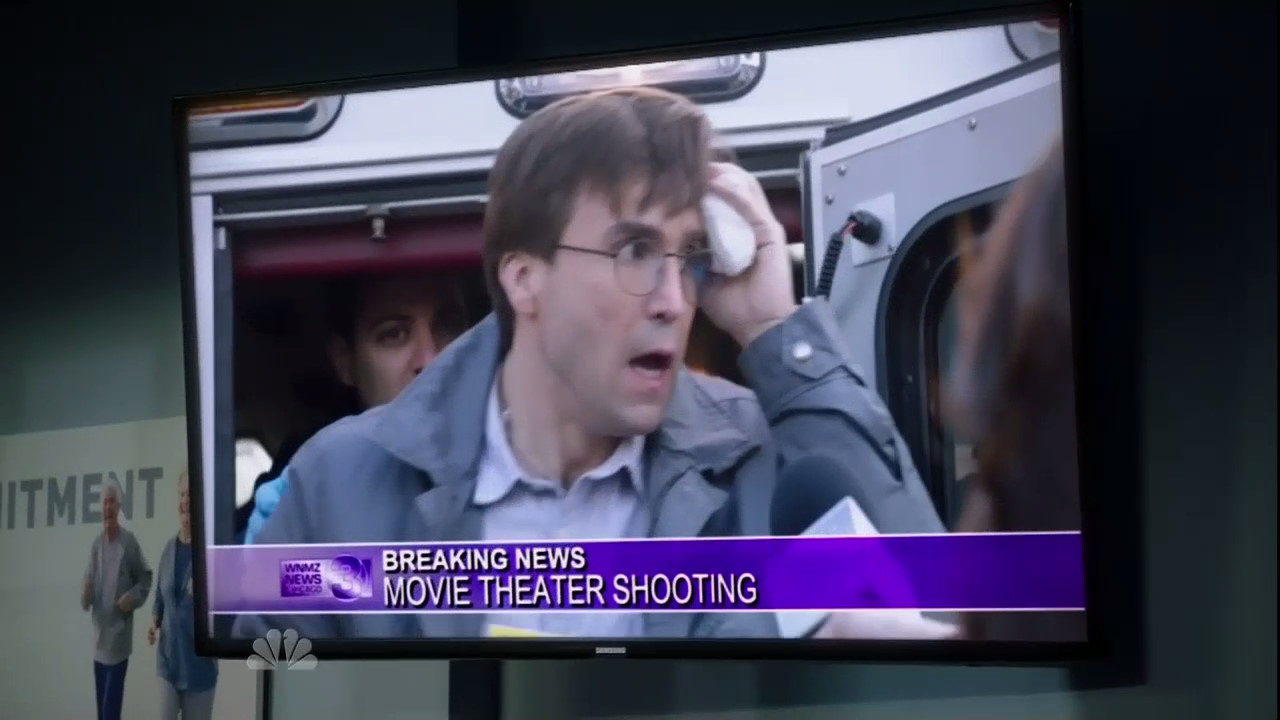 Tonight’s episode of Chicago Med was an hour-long attack on the Second Amendment and concealed carry. The episode opens when a hero high school algebra teacher takes down a would-be mass shooter at a local movie theater, a la the Aurora Theater shooting. But before you get too excited, the episode’s title was “Mistaken.”

There was never any chance Dick Wolf, the man behind the notoriously liberal Law and Order franchise, would allow one of his shows to portray private gun owners as heroes. They are always made to look reckless and trigger-happy, which is how liberals view anyone carrying a gun, no matter how often they stop crimes in the real world.

Sure enough, just 22 minutes into the episode, police arrive and inform Rick Miller (Joe Tapper) that the teenager he shot not only didn’t have an assault rifle, he didn’t have any firearm at all. He was “armed” with a leaf blower and intended to scare the audience to make a video for his prank website.

Miller: Uh... I already spoke with the officers at the scene.

Lindsay: You said you saw the gunman enter the theater, is that right?

Miller: Yes, from the emergency exit by the screen.

Lindsay: And what was he carrying?

Lindsay: You saw the weapon?

Miller: Yes, he was, uh, waving it around.

Det. Halstead: Can you describe the weapon?

Miller: Uh... I couldn't tell if it was a Kalashnikov. I couldn't see the banana clip, you know? I think it was an M16A1.

Det. Halstead: Did you hear him fire the weapon?

Miller: Yes, that's why I pulled my gun.

Det. Halstead: Is it possible that the shots you heard were actually coming from the movie?

Lindsay: Peter, the kid that you shot is a prankster. He thinks it's funny to scare people. He posts videos on the Internet.

When Miller is discharged from the hospital, he writes a farewell message on his phone saying, “It was an honest mistake,” and commits suicide by stepping out into traffic. Is this Dick Wolf's view of justice?

If the attack on gun owners wasn't enough for you, “Mistaken” also features a racist old white lady, Gertrude Kovach (Joan Porter), who lies about being at movie theater so she can cut in line at the ER, tells her black nurse, April Sexton (Yaya DaCosta), she looks “very islandy … just like the girl who cleans my house,” and insists on being treated by Dr. Choi because “Orientals make the best doctors.”

Kovach: You look very island-y. Are you sure you're not Jamaican?

Kovach: Well, you look just like the girl who cleans my house.

Kovach: Oh, no, I just said that so I wouldn't have to wait. You see all those people out there?

Later in the episode, she also asks her nurse if “the boy who shot up the movie theater” was black. He didn’t, and wasn’t. But ultimately, the joke is on her. The ER doctors run what must be the fastest genetic test ever performed, and it turns out the racist old grandmother has a significant chunk of African American DNA.

In short, this whole episode was a liberal dream, stepping from one stereotype of gun owners to another of wealthy whites, and giving everyone their comeuppance.