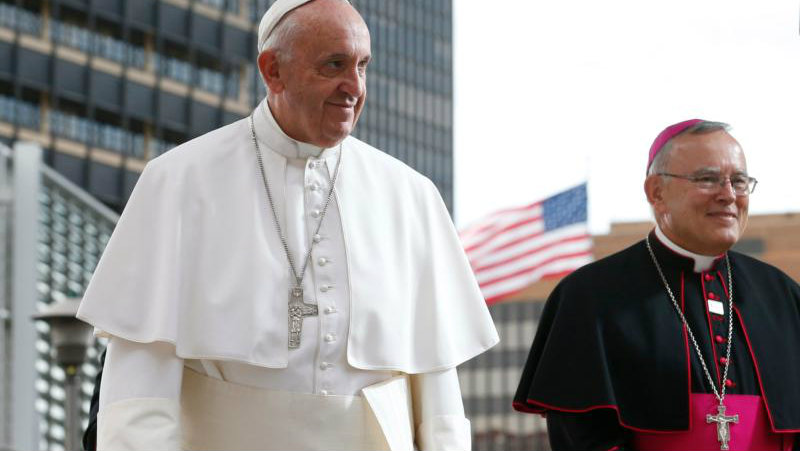 The Independent and The Guardian’s journalistic prose does little to hide their horror that the Archbishop of Philadelphia advised Philadelphia Catholics to follow – get this! – a Catholic teaching on sexuality.

Only a “conservative” bishop could do such a thing.

Independent writer Gabriel Samuels titles the article, “Divorcees who remarry should abstain from sex and live like siblings with their new partners, says leading US archbishop.” This title evokes all the connotative shock of incest and all the paradox of married folk not being allowed to have sex.

Except there’s nothing new about the Church calling the faithful to chastity outside of marriage, and chastity is not incompatible with “acceptance.”

Samuel’s article begins by informing the reader that, according to one U.S. bishop, “Divorced couples who remarry should abstain from sex … live ‘as brother and sister’, and homosexual relationships produce ‘moral confusion.’”

If the readers are confused by this out-of-context reporting, Samuels and Kirchgaessner emphasize that the reader should be confused. After all, as both authors repeat ad nauseam, Chaput is “known within the Catholic Church for his conservative views.”

His “conservative views” can be found (in much less cozy terms than Chaput uses) in the Catechism: If divorced and civilly remarried couples are sexually active they are, according to the Catechism, “in a situation of public and permanent adultery.”

With misleading wording like “new,” “guidelines,” and “sexual propriety,” Samuels makes it sound as though Chaput just changed the membership rules at the local country club.

Kirchgaessner can’t believe Pope Francis would stand for this kind of reactionary talk. She cites a “veteran Vatican journalist” explaining that the pontiff would likely not be surprised by Chaput’s statement, given that he is aware of the bishop’s “traditional interpretations.”

Not “apparently.” Francis absolutely made statements along the same lines as Chaput in Amoris Laetitia (paragraphs 52, 250-1).

Kirchgaessner hides the fact that Pope Francis called bishops “not to veer from church doctrine” amid a five-line sentence gushing about how Amoris Laetitia gives “progressively minded bishops the chance to interpret the document as they saw fit.” Where’s that in the document?

If you’re confused by The Independent and The Guardian’s media’s out-of-context reporting, don’t worry. You should be. Chaput is one of those Catholics.