Hell -- or Hollywood -- has frozen over. This year's Hollywood awards season is finally recognizing one of the most un-woke (and popular) shows on television. 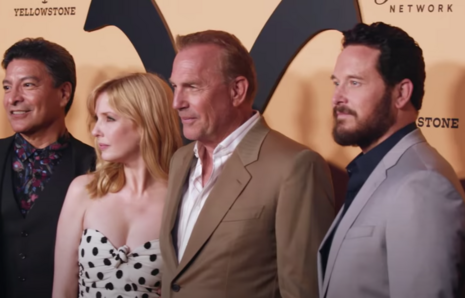 For years, Hollywood's ruling class ignored Paramount Network's Yellowstone when awards season arrived. The series, starring Kevin Costner, is a high-quality drama about a Montana ranching family protecting their land. After three seasons, fans had grown used to it being routinely ignored by awards shows.

But earlier this month, the Screen Actors Guild finally acknowledged Yellowstone with a nomination for its ensemble cast amidst its widely talked about fourth season. Then on Thursday, January 27, the Producers Guild Awards nominated the series for Best Episodic Drama.

With everyone from the Emmys to the Golden Globes routinely snubbing it outright in major categories, one wonders why Hollywood is finally starting to wake up to the show.

While the series continually breaks records as the most watched show in America, its characters and plotline anger many on the left.

Kathryn VanArendonk at Vulture fretted that the show "is such a persuasive, beguiling vision of white American masculinity — ownership, mastery, freedom from interference and surveillance, loyalty at all costs, physical strength, and land."

Oh no, masculinity, property, freedom and white guys who aren't weak or villains. It's so dangerous.

In an article titled "Why Yellowstone is the most Anti-Woke Show in Existence," conservative historian and commentator Larry Schweikart wrote, "Every step of the way Yellowstone reaffirms masculine values without diminishing true femininity; preaches environmental protection within the necessities of sustaining human life and growing communities and celebrates the fact that Indians and whites don’t have to be the same to have the same hopes and dreams."

"And so far, not a single LGBTQXYZ character on the horizon," Schweikart added.

You can see why Hollywood has ignored the show for so long. Yellowstone's rise coincided with the years of Hollywood left-wing hysteria over Trump's 2016 election and the BLM propaganda that dominated television scripts in 2020 and 2021.

Maybe acknowledging any show that did not fit into a left-wing bubble felt too terrifying for leftists when they were screaming at the sky and burning down American cities. Now that they have a Democrat in the White House, perhaps some in Hollywood feel it's safe to toss a few nominations at old white guys with cowboy hats. Who knows?

Hopefully, the writers of Yellowstone won't let it go to their heads and begin to care about Hollywood elites over their audience. Nothing would ruin Yellowstone more than if it ever went woke.