Hollywood is eating its own and it is glorious. You may have noticed that network television didn't show the Golden Globes Awards ceremony this year -- or maybe you didn't since nobody really watches the show anyway. 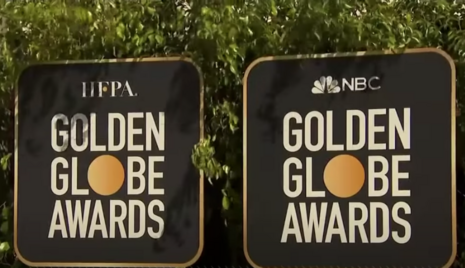 It turns out the organization which hosts the event, Hollywood Foreign Press Association (HFPA), is in big trouble because it is not "diverse" enough.

Then again, is any organization ever diverse enough for the left?

The group also got in trouble in 2021 when an e-mail from former HFPA president, Philip Berk, was made public in which he called Black Lives Matter "a racist hate movement" and noted that BLM co-founder Patrisse Cullors was a "self-proclaimed 'trained Marxist.'" Hollywood hates the truth so the Hollywood Foreign Press Association has been in hot water ever since.

As if it wasn't bad enough getting rejected by a Scientologist, NBC refused to show the Golden Globes awards ceremony this year. HFPA did all the usual groveling, promising to do the "hard work" and hiring a "diversity consultant." Their 2022 nominees list also included the typical nods to wokeness like a tranny contender, and while he/she beat out actual women to win the award for Best Actress in a Drama, it was all to no avail.

In the end, the organization was reduced to announcing winners through a series of tweets on Sunday that looked like it was handled by a drunk intern. The Golden Globe's tweets forgot to even mention most of the projects for which the nominees had won.

Frankly, after former host Ricky Gervais' legendary takedown of arrogant Hollywood elites during his 2020 Golden Globes roast, no other ceremony is needed again anyway. In fact, I hope network television cancels all the pompous awards ceremonies. That way, some poor sap flipping channels won't have to come across a scene of unmasked elites being served by masked plebeians like something out of the Hunger Games. Audiences will be spared lectures from low-IQ actors about how much more moral they think they are than the rest of us.

Good riddance Golden Globe ceremony. May the Emmys, Academy Awards and raunchy Grammy ceremonies be gone one day too.