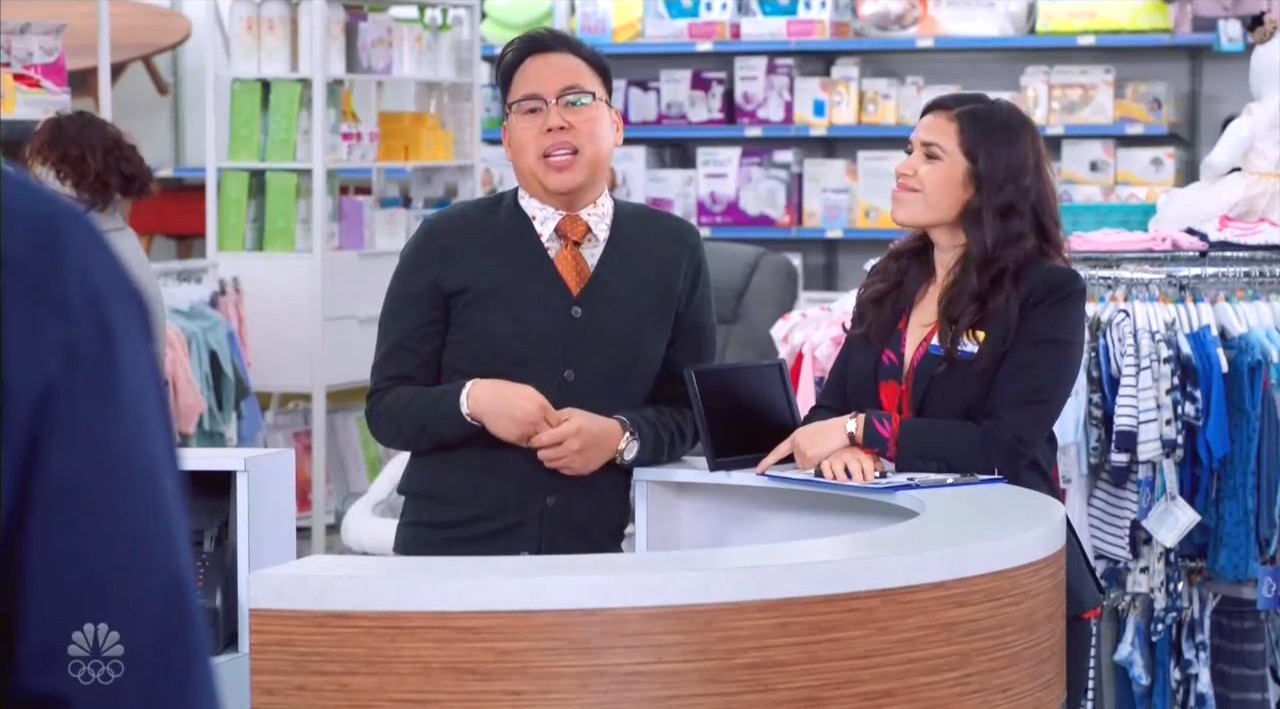 In the past, the middling NBC sitcom Superstore has compared an employer asking for a social security card to "Nazi Germany" and regularly "winked" at the hiring of an illegal immigrant named Mateo. The show pushed the immigration envelope again this week, in the episode "Favoritism," on January 23.

In the episode, Mateo (Nico Santos), who has been fighting deportation, came to his manager Amy Sosa (America Ferrera) to convince her to hire him again. He wants to stop working under the table for the eye doctor in the store's separately-owned vision center. (The eye doctor regularly exploits Mateo because of his illegal status.) During the conversation, Mateo and Amy agree that E-Verify, the system used to ensure employees have the legal right to work in the United States, is "so unfair."

Mateo: Okay. Here's the plan. Myrtle has passed. Rest in peace. Miss her like Cray, but now I can quit the vision center and be your new assistant.

Amy: Mateo, you know it's not as simple as that.

Mateo: I can't work for Dan anymore. Every night, he calls me from the McDonald's drive-thru begging me to talk him out of it. And I try, but he goes through. And then it's just ten minutes of him sobbing and eating and I have to forgive him every night.

Amy: Mateo, I really could use the help right now, but I can't hire you. Zephra still uses e-verify.

Mateo: This is so unfair.

Mateo: [Sighs] Oh, my God. I have to give Dan's wife a lift. [Phone chimes] To Fort Wayne, Indiana? Where is that?

Amy: Okay, no, no. Mateo, no. That's crazy. You can't do that. We'll figure something out. I mean, maybe if there were some kind of way to.

Mateo: Do you actually have a plan or are you just not telling me to be mysterious or do you have, like, no idea.

Amy comes up with an illegal scheme whereby Mateo still gets paid by the vision center, but really works with her. She exchanges one of the employees on the store payroll for Mateo, thereby involving one of her own workers in the illegality. The set-up is shady and unethical.

It also raises alarm bells with store employees. "Whoa, did you just say Mateo's your new assistant? How's that possible? I thought he couldn't work for Cloud 9," the employees ask. "Um-- - Well, uh-- I just found out that, um, I got a work permit. My lawyer called me this morning. I just haven't had time to tell anybody," Mateo lies. The other employees are disappointed because they had wanted to apply for the assistant job.

Feeling cornered by questions, Amy agrees to open up the job to other applicants for the interview process. She is shocked to discover that a warehouse employee named Marcus (Jon Barinholtz) is extremely qualified for the position and nails every test she gives him.

Finally, she meets Marcus privately in her office to admit the truth. "I can't give you this position," she tells him. "What? I crushed the interview," he replies. She tells him that she has to give it to Mateo because he hates working for the eye doctor and cannot legally apply for work. Shockingly, Marcus agrees that the illegal immigrant "should get the job" and relents to being passed over when Amy bribes him with a big desk of his own in the warehouse.

As a normal, un-brainwashed American, let me explain to the left all the reasons this episode is so wrong. E-Verify is not "unfair." It ensures people follow the law, pay their taxes, and do not use false identities to obtain jobs for which they have no legal right. Mateo should not "get the job" just because he wants it and broke the law. No legal employee would be okay with that, even after being bribed with a big desk. Grow up, Hollywood.