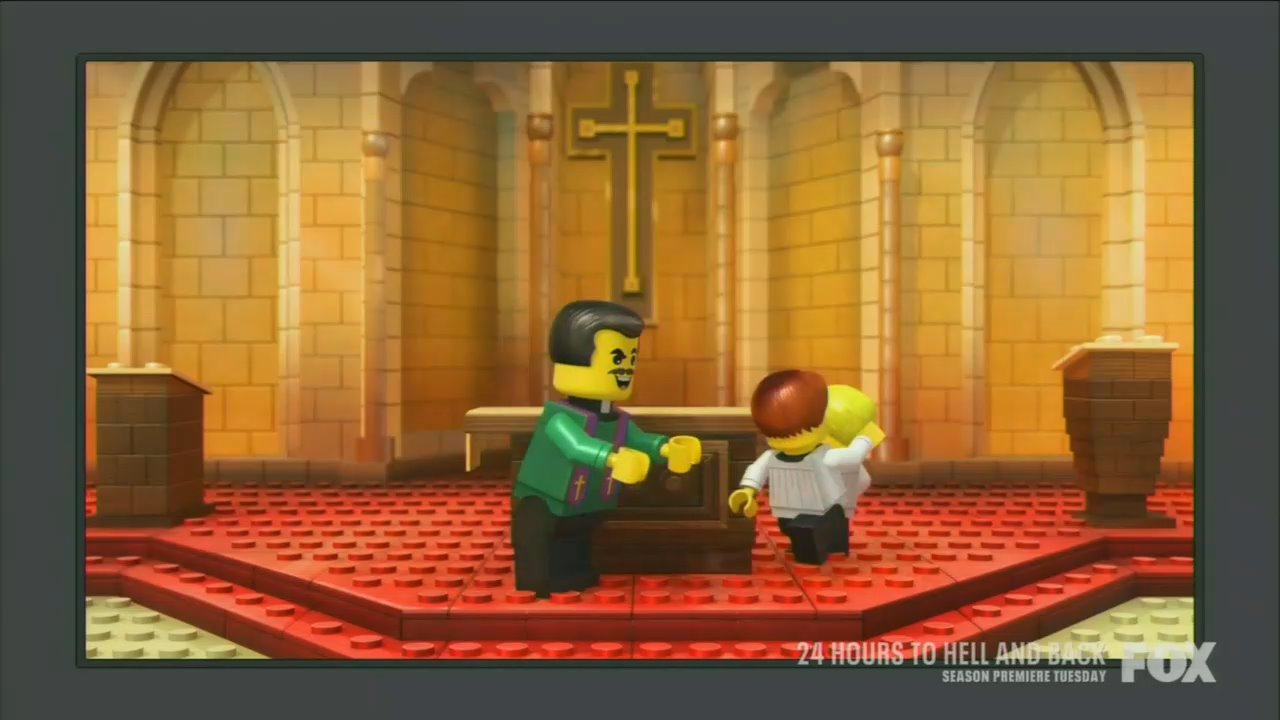 Seth MacFarlane loves mocking Christians. Family Guy has called them “stupid people” and “idiots” and mocked Jesus. MacFarlane often makes a point to mock Catholics and Catholic priests, in particular. He has used the stale “pedophile priest joke” in the past. MacFarlane must be running out of material because he reached for the pedophile priest “gag” again this week on Family Guy.

The episode, “Connie’s Celica,” on January 5, begins with the Griffin family watching the movie “Lego Spotlight.” In the movie, a priest is chasing altar boys around the altar table.

Lois: I'm not sure we should be letting Stewie watch this.

Lois: No, no, Peter. It's just Chris practicing his new recorder.

Peter: What? I said no hobbies.

Stewie: Brian, that Lego movie kind of scared me.

Brian: Ah, don't worry about it, Stewie. It's all make-believe.

Family Guy’s audience expects pervy jokes as par for the course, but the show’s creator just cannot recognize when certain tropes grow old and stale. The “pervy priest” joke long ago past its expiration date for “shock value.” In Hollywood, mocking religion and the Catholic Church is as old as stale bread. Doing so shows no courage, originality or genuine humor.

In the past, MacFarlane has been willing to ridicule powerful Hollywood predators like Kevin Spacey and Harvey Weinstein. But recently, it is more courageous comedy writers such as Ricky Gervais who are truly willing to attack powers that be. MacFarlane should ditch the tired scenes mocking Catholic clergy, which come at no cost to him. If he wants to make fun of predators, try making jokes about Jeffrey Epstein's connections with powerful liberals or attack the LGBT movement’s attempts to mainstream sexual grooming of children. That would take real bravery in this day and age.