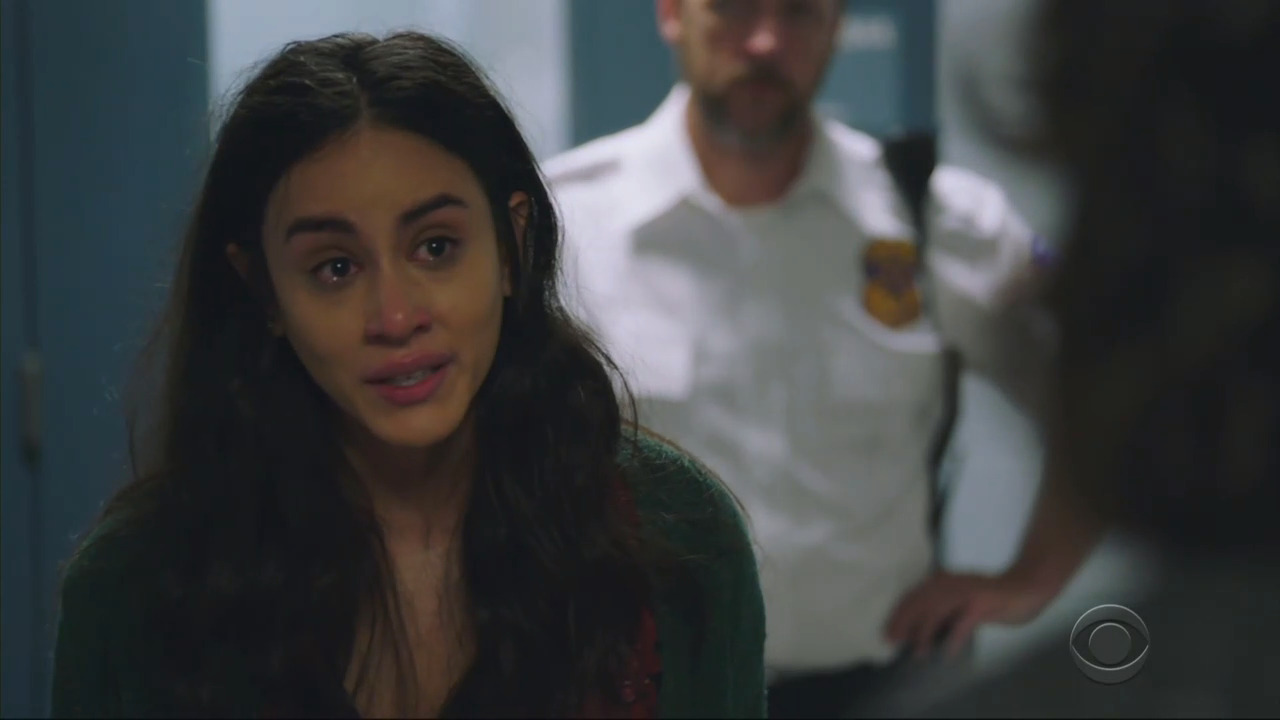 Newsbusters has been regularly documenting how the major television networks are pushing a pro-illegal immigration/anti-ICE narrative in their dramas and comedies. Network shows use similar buzz words, as if Hollywood writers are just borrowing “fill-in-the-blanks” worksheets provided to them by open borders advocates. The stock character villains are often heartless employees in cruel immigration detention centers. Illegal immigrants are always innocent victims wrongly mistreated by the U.S. government. Hollywood writers refuse to show coyotes and cartels, victims of illegal alien crime or indifferent politicians who promote sanctuary cities.

NCIS has contributed to the the left-wing narrative on illegal immigration in the past. This week, another show in the franchise, NCIS: New Orleans, joined in the left-wing groupthink. In the episode, “Overlooked,” on October 15, U.S. citizen Elena is accidentally netted in an ICE raid meant to nab her Honduran father (who is illegally in the U.S.) While in detention, Elena discovers that guards at a private detention center are sexually trafficking women brought there. The guards are vicious brutes.

Guard: Wakey, wakey, Sleeping Beauty. Come on, get up. Move.

Elena: What are you doing? Where am I? ¿Papi?

Guard: Sure, I'll be your daddy. Just for tonight. Let's go.

Elena: (Grunts) No. This is a mistake. I'm American. Are you listening to me? I'm U.S. Military. On temporary leave from my unit.

Elena: No. I'm in the Navy. No, no. Petty officer first class, stationed at Belle Chasse.

Sex trafficking and assault are genuine issues that women illegally crossing into the U.S. face, but the primary perpetrators of those crimes are coyotes and cartels taking advantage of a porous, unsecured border. As Breitbart has reported, “Women and young girls from Central America are routinely given birth control or morning-after pills by their mothers in anticipation of the likely sexual assaults that will occur on their illicit journey to the United States.” That reality is never in a Hollywood script.

Elena is quickly released from the facility after the mistake is discovered. The NCIS: New Orleans team then sets out to break the sex trafficking ring the private facility runs. While doing so, the team waxes eloquent about the tragedy of detainees not receiving asylum. In a conversation with team leader Dwayne (Scott Bakula), Special Agent Hannah Khoury (Necar Zadegan), who hails from Iran, compares the situation of Central American migrants to the one her family faced fleeing the Ayatollah Khomeini.

Hannah: You know, my parents were refugees.

Dwayne: I didn't know that.

Hannah: Yeah, my father was a university professor in Iran. He and my mother fled during the revolution. They were constitutionalists and they believed in the separation of church and state, so that made them targets for the new regime.

Dwayne: They were granted asylum?

Hannah: Yeah. They were welcomed here with open arms. They became citizens. My father continued his teaching career. They built a life here. They raised a family.

Dwayne: That was a different time.

Hannah: I can't imagine what my life would've been like if their asylum claims had been denied.

It was a different time, but it was also a completely different political situation from the one today's Central Americans face. Hannah’s family also probably did not sneak across the border to avoid the legal process. But, apparently, the audience is just supposed to shed a tear and not ask any questions.

Network television will never create an episode about an heroic legal immigrant police officer killed by an undeported illegal alien or the tragic story of a bright young woman whose life was snuffed out in a sanctuary city. These heartbreaking stories are not allowed on the big or small screen. Hollywood is not interested in that side of the immigration issue, no matter how dramatic. Those victims' stories must never be seen.