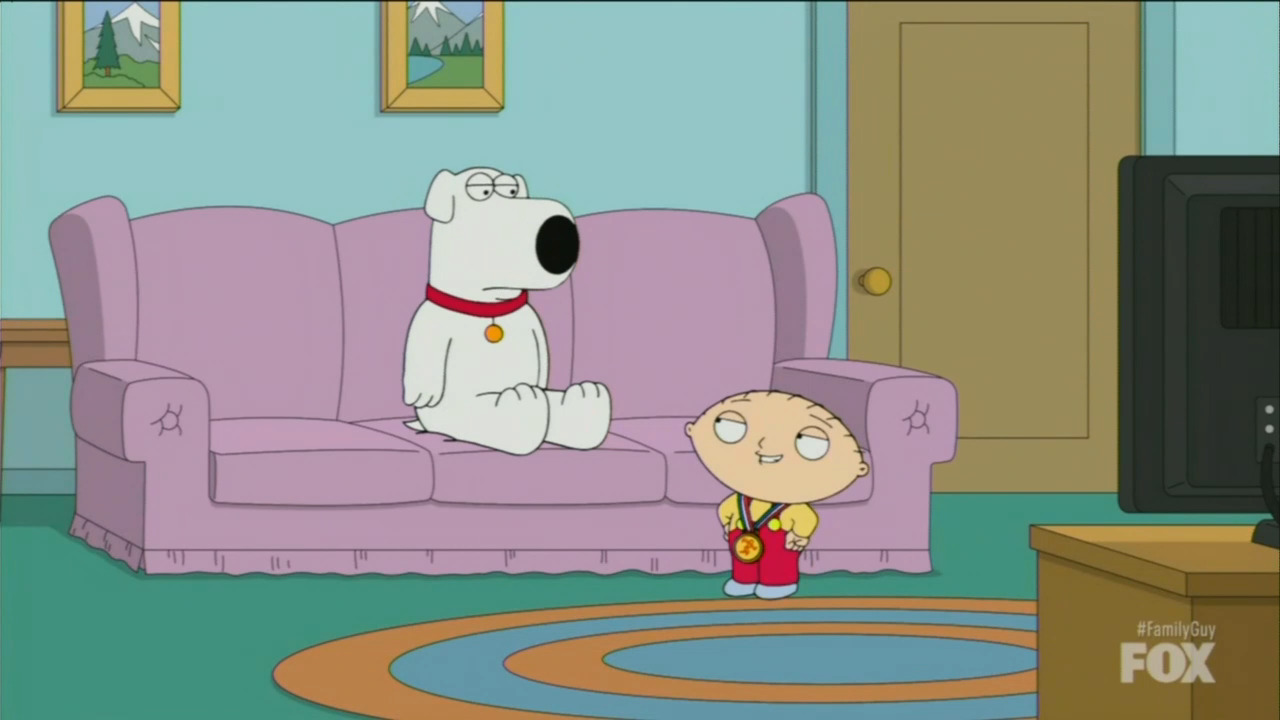 When Stewie proudly walks around wearing his latest medal, Brian broke the bad news that the medal was just for participation:

Stewie: “Hey, Brian, you don't have a metal detector on you, do you?”

Stewie: “Do I sense a hint of jealousy?”

Brian: “Stewie, didn't it strike you as odd that everyone got a medal? You didn't win anything. It's a participant medal. They give 'em to every kid with a pulse. And like every other medal or award you've ever gotten, it means nothing.”

Brian: “Stewie, I-I'm sorry. I-I shouldn't have said that. I lost my temper.

After accidentally burning the house down by setting fire to his trophy wall, Stewie was determined to authentically earn a prize. “I'd been fed a massive societal lie in the form of participant awards,” he told Brian. With Brian’s help, he entered a pie baking contest and won fifth place.

“Do I get a medal?” Stewie asked. “You get a ribbon,” Brian told him. “Does everyone who participates get a ribbon?” “Only ten out of 14.” “My God. I did it,” Stewie beamed. He got home satisfied with his ribbon because he genuinely beat out real competition.

Family Guy often tries to wins its “edgy” credentials with crass vulgarity and cheap shots, but at its best in episodes like this it earns the edginess by revealing hard truths.