'I'm a Feminist!' Men in ABC Comedy Embarrassingly Try to Be Woke 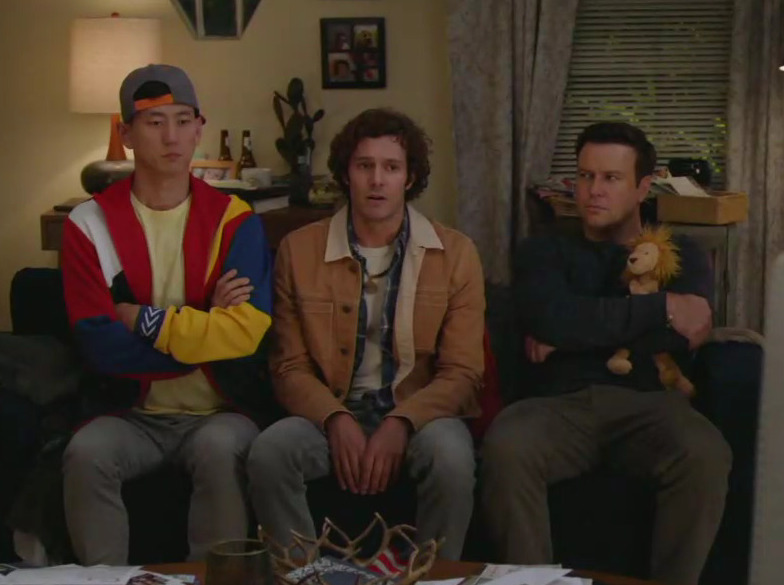 “Derek” (Adam Brody) is the father of single mom Angie’s (Leighton Meester) son, Graham. Derek abandoned Angie when she was pregnant with Graham nine years earlier. The deadbeat dad returns in this episode and tries to explain abandoning the mother of his child at a bus stop almost a decade earlier with the excuse that “the Tea Party was gaining momentum. And I was sniffing a lot of markers.”

Angie is afraid of becoming attracted to Derek again so she enlists the help of her friends Will (Taran Killam) and Miggy (Jake Choi) to make sure she does not fall under his spell. Will tries to run interference when Derek starts playing his guitar (Angie's weakness). The scene soon turns into a battle of who is more woke, with all the men pulling out feminist clichés.

Derek: So I wrote you a song.

Angie: You can go now.

Will: What?! Absolutely not! Angie, you are too emotional to think.

Will: She asked me to say this.

Will: What?! Don't believe her.

Derek: I think we need to believe women.

Derek: This is why women need male allies. Right?

Will: I am an ally! I am the father of a daughter.

Derek: Oh, this is sad, man. Like, I'm so embarrassed for you. She's asking you to leave.

Will: Okay. Miggy, come with me.

Miggy: I'm leaving with him, but I don't support his beliefs.

Derek eventually acknowledges how terrible he had been to Angie and Graham and sincerely asks to develop a relationship with his son. The episode ends with Will still trying to prove his “male feminist” credentials. As Derek gets on the bus, Will announces, ”And by the way, in high school, I started a Boy Feminist Club, and our slogan was, ‘Y Y Y? Because we care!’ It was a chromosome joke! And every night I go to sleep in a Nasty Girl shirt, so eat that, you bus rider!” “Are you okay?” Angie asks. “Yeah. I'm a feminist,” Will replies. Angie looks at him pityingly, “I believe you.”

Radical feminists have been making enough of a joke of themselves with vagina costumes and “believe all women” extremism, men don't have to beclown themselves, too.