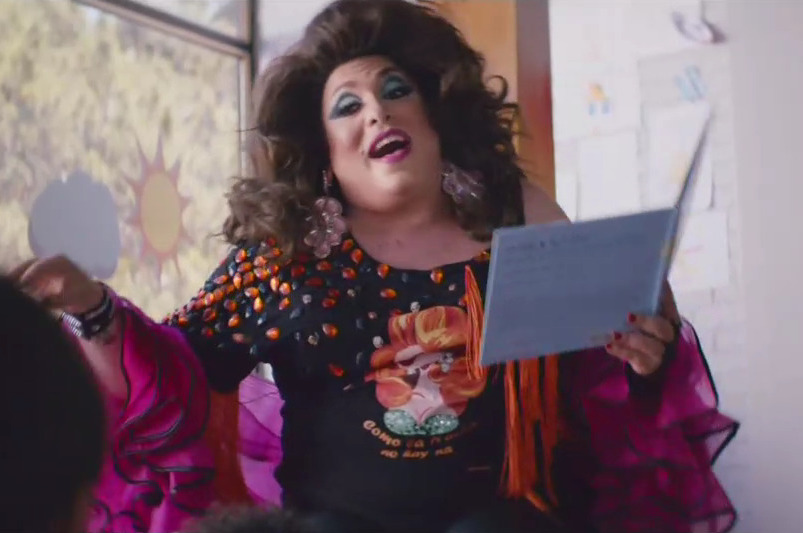 For decades, the left has successfully promoted the increased sexualization of children by portraying opponents as somehow mean or intolerant. In this latest volley, those who see problems with a sexualized man dressed as a woman reading to children are once again criticized as just disliking people who are different or "too much." A drag queen reading to children is the same as an elderly woman who dresses her best or a male healthcare worker showing a softer side, in a new commercial by health insurance provider Kaiser Permanente.

Kaiser Permanente promoted drag queen story hour in its recent healthcare ad, titled “To Them We Say.” The ad begins with a voiceover announcing, “There are those who will say that you are too…” It then shows various positive images of people that some might unfairly call “too fat,” “too skinny,” “too old,” etc. The ad continues along in this uplifting vein until it shows a drag queen reading and dancing for laughing children. The voiceover intones someone saying, “...too much.” The drag queen performing for kids is meshed between scenes of healthcare workers, army soldiers, judges and a fashionable elderly woman, among others.

The ad ends with the voiceover telling the viewer, “...to them we say ‘too bad.’ At Kaiser Permanente, we believe everybody deserves the right to thrive.”

According to The Drum:

In 'To Them We Say' from national healthcare titan Kaiser Permanente, the brand’s message of Thrive is demonstrated through a series of vignettes that feature individuals unapologetically defying unfortunate societal perceptions. Whether it’s a brazen elderly fashionista, a trio of minority cowgirls, or a man gleefully dressed in drag, this spot stands to prove that there’s nothing healthier than a strong sense of self.

This is corporate advertising once again soft-pedaling a radical left-wing sexual agenda by integrating it into what seem to be benign, everyday advertisements. Kaiser Permanente has a long history of contributing to liberal causes, like GLAAD, Human Rights Campaign, Planned Parenthood, and National Urban League.

To all those parents and taxpayers who are fighting this latest insidious form of child sexualization, Kaiser Permanente literally says, “Too bad.” Apparently, the health insurance company thinks sexually grooming children is just another way for adults to “thrive.”