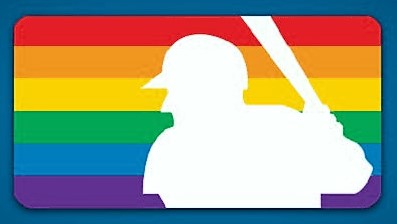 The sport, segregated for 78 painful years, and has yet to hire a woman to be a general manager or field manager, is fully committed to embrace the first active gay player in Major League Baseball.

“I think the time is coming for a team to have an active gay player,’’ said Arizona Diamondbacks president Derrick Hall, who has the most diverse front office staff in baseball, consisting of 35% minorities. “I’m confident there are players playing now that are gay.

“I’m looking forward to that day when we can point to one or many players, and say, there’s an example of our inclusion, openness and acceptance.

So, far from just providing a good support network, or merely sitting back and waiting for the first openly gay player to decide for himself when to come out, MLB is actively scouting and recruiting him like some kind of 5-tool outfielder in the Dominican league.

But why now? Why, after never having an openly gay player, is MLB so publicly and openly trying to entice one to come to the fore? I can’t be certain, actually I can. MLB is the only one of the three major sports to not have an openly gay, active player among their ranks. Which of course, prevents them from ever attaining favored nation status in the halls of social justice.

However, it might also have something to do with this. According to the Washington Blade:

Major League Baseball announced a first-of-its-kind partnership with the National Gay and Lesbian Chamber of Commerce that is designed to help certified businesses become its official suppliers. NGLCC President Justin Nelson discussed the partnership in an exclusive interview with Fortune.

“We take great pride in the fact that this not only puts us closer to Major League Baseball and the ability to bring innovative suppliers to their operation, but also that we get to work with incredible advocates and athletes like Billy Bean,” said Nelson. Bean told Fortune the partnership “allows our community to get more coverage and exposure on the programs that [business owners are] working very, very hard to expand.”

I’m so glad that gay outreach is exclusively about the rights of gay people and not a naked PR/Corporate stunt. So happy about that.