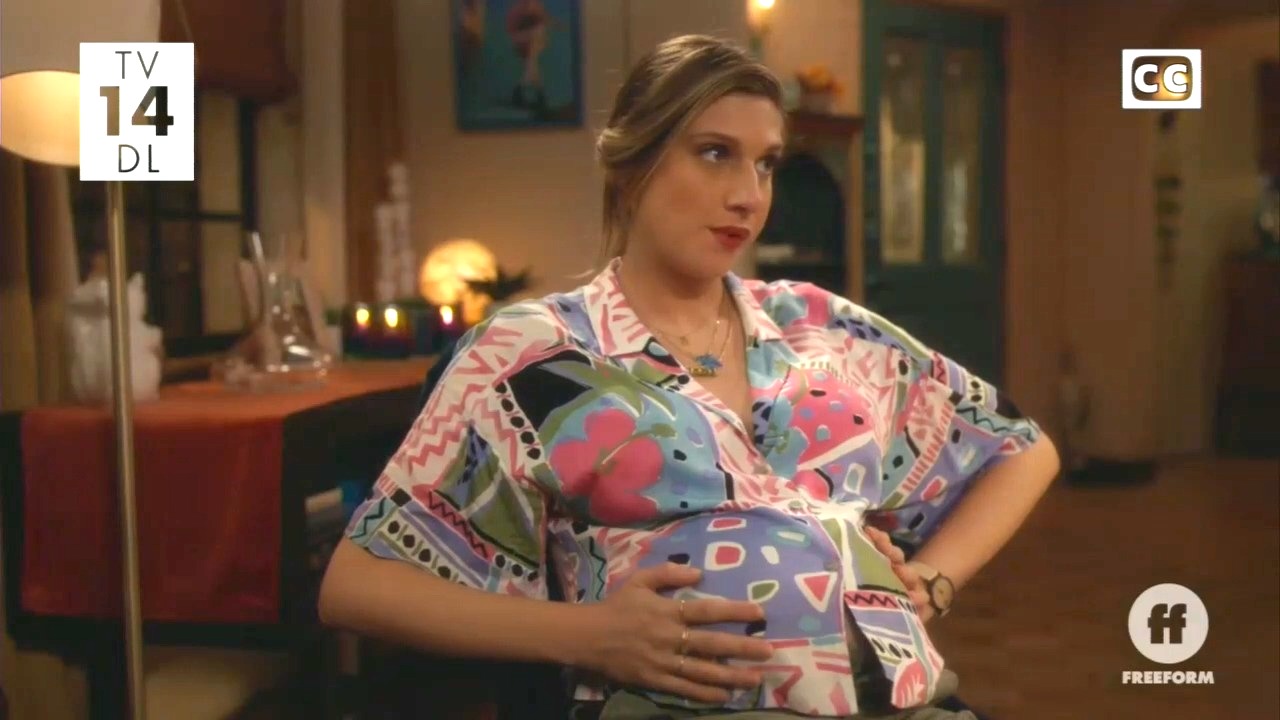 Even when Hollywood acknowledges the humanity of the unborn (only in the context of the mother wanting it, of course), they still must get their digs in at pro-lifers and promote the pro-choice position. Such was the case on Thursday’s episode of Freeform’s grown-ish, (“Damn”) as student Nomi (Emily Arlook) shows up at college very obviously pregnant after being away for several months, leading her best friend Zoey (Yara Shahidi) to ask why she didn’t “uncomplicate the situation.” The show also pushed the untruth that a woman can’t have an abortion at five-months gestation because it’s “too late.”

After Nomi explains to her friends how she got pregnant (she “kinda slipped…and fell on the ‘D’”), pro-life Christian character Ana (Francia Raisa) expresses joy, leading Nomi to refer to her as “Ana Coulter.”

Ana: We’re having a house baby!

Nomi: Yeah. Okay. Okay. Now, obviously, having a baby in college is, like, a very complicated situation.

Zoey: Um...then, you know, I just have to ask the hard question. Why didn't you uncomplicate... the situation?

Ana: Because she decided to do the brave and moral thing and keep it. I knew you'd come to my side. You're gonna love Jesus.

Nomi: Okay, slow up, Ana Coulter. Still pro-choice. Just chose what was right for me.

Zoey: Right. And we fully support you, obviously. You're just choosing to take on such a huge responsibility at 20. Last semester, you couldn't even keep your aloe plant alive.

Jazz: And now you're gonna need that for all those stretch marks.

Nomi: Alright, you guys, women our age have children all the time, okay? Solange did it, Kylie Jenner did it, and my personal hero, Whoopi Goldberg. I mean, she did it.

Sky: Okay, well, do you plan on making it work under this roof? Because we just blew our entire athletic housing stipend on this house, and we were really planning to rock out with our –

Zoey: Pause. Baby in the womb.

One minute, it’s a “complicated situation” that should have been made “uncomplicated” through abortion. The next it’s a “baby in the womb.” Typical of pro-choicers to only give the unborn child value if the mother wants it instead of acknowledging that each human being has intrinsic value independent of the mother.

Later, Nomi opens up to Zoey and tells her that she’s afraid she made a mistake, “but it’s too late now.” This, despite the push by pro-choicers to legitimize abortion through all nine months of pregnancy. Notice I said legitimize and not legalize. That’s because abortion is already legal through all nine months due to an extremely loose definition of “health” of the mother.

What Hollywood won’t tell you while pushing for abortion at any time to protect a mother’s “health” is that the legal definition of health was buried in Roe’s lesser-known companion case, Doe vs. Bolton. That case defined health as “all factors—physical, emotional, psychological, familial, and the woman’s age—relevant to the well-being of the patient.”

All Nomi would need to do is go to one of many abortion facilities that offer late-term abortions and say she has bad morning sickness (physical), she’s depressed because she made “a mistake” (emotional/psychological), her family isn’t happy about her decision (familial), or she’s too young to have a baby (age) and she can legally have an abortion.

Unfortunately, Hollywood will never reveal this truth in any of their storylines because it would defeat the purpose of hiding the loose definition in a case most people don’t even know about. Instead, they’ll just continue to create the false narrative of “it’s too late” all while championing efforts to push for abortion to be morally acceptable to the public through all nine months no matter the reason.

I’m afraid to see what else they have planned for this “house baby” storyline through the rest of the season and how many other false pro-choice narratives they’ll push onto viewers.