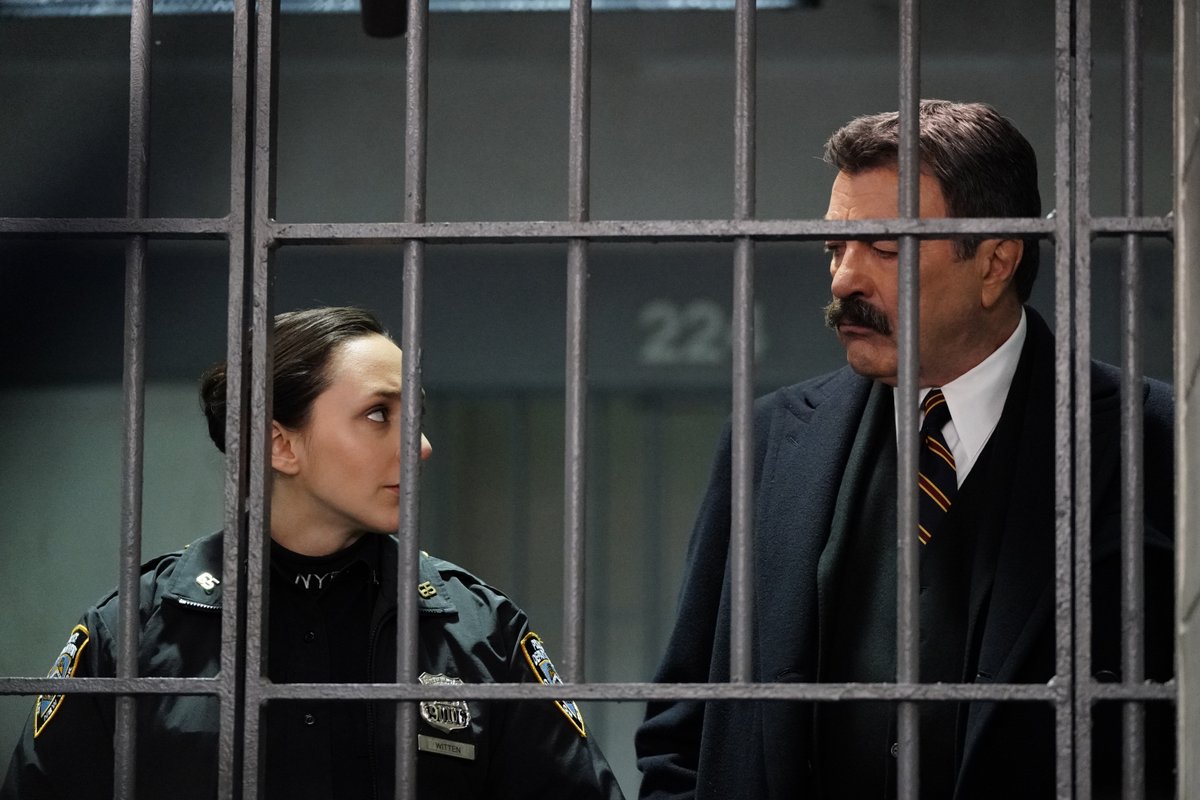 CBS’s Blue Bloods is usually known for being friendly to our police heroes. But in Friday’s episode, “Legacy,” the show suddenly took a PC turn as Police Commissioner Frank Reagan (Tom Selleck) went completely out of character by sympathizing with an illegal immigrant over one of his officers to the point of firing her even though she did everything “by the book.”

Officer Witten originally approached the man over jaywalking but then questioned him about his immigration status when he refused to cooperate, leading onlookers to accuse her of racial profiling and harassment.

Rivera: I wasn't doing anything wrong.

Witten: Saw you jaywalking over there.

Rivera: You're charging me for jaywalking?

Witten: I'm not charging you with anything.

Rivera: Then I don't owe you anything.

Witten: Excuse me, sir? Hey, stop! Now. Stop! Sir, what are you doing in this neighborhood?

Rivera: I don't owe you an explanation.

Man: He didn't do anything wrong.

Witten: Take a step back.

Man: The man has rights, Officer.

Woman: What do you think you're doing?

Witten: Sir, are you an illegal immigrant?

Witten: All right, ma'am, back up. Back up, everybody. Back up!

Man: Get her badge number.

Frank reviews video footage of the situation with his advisors Sid Gormley (Robert Clohessy) and Garrett Moore (Gregory Jbara), both of whom have strongly opposing views on whether the rookie officer was in the wrong. In opposing the man's arrest, Garrett points out that the viral nature of the videos caused ICE to track the man down and discover he is in the country illegally. Sid, who supports the officer's actions, wryly replies, “Then all’s well that ends well.”

But when Garrett proclaims, “The guy's got a clean record, a steady job, a wife, two kids and a newborn. And thanks to our eager and industrious young officer, he's now awaiting trial for deportation back to Venezuela,” even Sid starts to soften his stand a little. Garrett then calls their community policing a “scam” and tells Frank, “We need to own up to it, loud and clear, if you want to gain back the lost ground” from the incident.

What kind of message does this send to immigrants with a good record and a family who did the demanding work to become legal citizens? Citizens such as J.D. Ma who spoke to the argument that deportation breaks up families in a New York Times interview. “If a single mother commits a crime and has to go to jail,” Ma said, “We don’t say, ‘Oh, we can’t do that, because it will break her family.’”

After Frank discusses the incident with his advisors, he calls Officer Witten to his office to hear her side of the story. As it turns out, Witten wasn’t simply profiling Rivera. “There's been a spike in push-in robberies in that neighborhood recently,” Witten explained, “And Rivera fit the description of the suspect.”

“I was doing what I was trained to do,” she continued. “Frankly, I don’t see a problem.”

After she leaves, Sid points out that she “went by the book, and we’re trained that book’s the Bible.” Garrett retorts, “And like the Bible, the wrong translation can cause more harm than good.”

While this episode also included a #MeToo type storyline (Frank's granddaughter is sexually harassed/assaulted by her boss at the DA's office), the show strangely has Sid offer Frank a very sexist theory against Witten in a later scene. Specifically, that she must be overcompensating for the fact that she’s a woman who comes from a family of males in the police force and the F.D.N.Y. and that she’s possibly “trying too hard.” Frank appears to buy into Sid’s theory.

Garrett ends up interrupting Frank’s and Sid’s discussion and informs them that Rivera is “freaking out” in jail and that “there’s a whole cross-agency fight about moving him to a hospital.” Sid asks if it’s a ploy, and Garrett replies, “He’s not asking to be moved. He’s just freaking out, and no one wants a fuzzy cause-of-death on their hands."

Are you smelling what they’re cooking here? Just as expected, Frank brings Witten to the prison in a not-so-subtle effort to shame her.

Frank: You know he's got a problem?

Witten: He told me on the way to the precinct, but I just thought he was trying to get out of it.

Witten: Yeah, but I didn't believe him. People cry wolf all the time to get out of jams.

Witten: Can you let him out, even just for a minute?

Witten: Will he be in here very long?

Frank: Depends on how crowded the immigration courts are.

Witten: Can't we get him some kind of treatment?

Frank: You put him in jail, not a hospital. How you doing?

Rivera: I'm sorry I was uncooperative before, but this is very hard for me.

Sid: This happen to you before?

Rivera: I spent months in a cell as a political prisoner in Venezuela.

Frank: You know, I had a partner back in the day, and he was claustrophobic. And I would just talk to him all the time, you know, keep him talking. And I think it helped. Think it might help you?

Witten: What if I stayed with you for a little while?

Rivera: Only if you want.

Witten: I want to.

Once again, this all Witten’s fault and not a problem with the “cross-agency fight” and the system not getting him the medical attention he needs? And why isn’t the blame and responsibility being placed on the person who put himself in this position with his poor choices and decision to break the law?

What happens next though, shocked me and many other regular viewers who are familiar with Frank’s character and history.

Frank: What's Officer Witten's relationship to the other cops in her house?

Sid: I didn't do a door-to-door survey.

Garrett: But odds would be...

Sid: What I hear is all I know.

Frank: And her C.O., any issues there?

Sid: Also solid, what I hear. Also, I think she's an old pal to either the uncle or the father.

Frank: And your relationship to her C.O.?

Frank: Then we're good to go.

Frank: You, to him, privately, with a message, to confer with the advocate's office... ...to terminate Officer Witten.

Frank: Failed probation. For bringing undue criticism to this department.

Sid: We're throwing her under the bus to throw Garrett a favor?

Frank: No. We are terminating her for cause. I want it done at the precinct level, so the word goes out at that level, to rank and file.

Frank: "By general law, life and limb must be protected. Yet often, a limb must be amputated to save a life; But a life is never wisely given to save a limb." Abraham Lincoln. This department is the life. Officer Witten is a limb.

No, Frank, you got it backwards this time. America and its laws are the life, and the lawbreakers are the limbs. But Frank would know that. In fact, he has defended officers accused of much worse, urging them to ignore what the public is saying.

A review on TV Fanatic agreed that this behavior is not at all like Frank. The outpouring of angry and confused tweets on Twitter that resulted from this twisted storyline came as no surprise either, as viewers were just as shocked that the show would have Frank act so out of character. Many were frustrated that the show took such a political, PC turn as well.

Absolutely horrible episode of #BlueBloods @BlueBloods_CBS. Ridiculous assertion that a CofP would terminate an officer for arresting a person here illegally. PC ruined another great series.

In typical liberal fashion, one leftist viewer accused Sid of being a white supremacist simply because he took a stand for upholding our country’s laws. You know, like officers are supposed to do.

Time will tell if Blue Bloods continues on this path and reinvents its beloved characters as pandering pansies who put emotion above the law and sacrifice a hardworking, law-abiding officer because she arrested a suspect who felt scared in prison. Thank God this isn’t reality, because if it were, a lot of prisoners would be released, pretty much every officer would be fired, and this country would be in shambles.