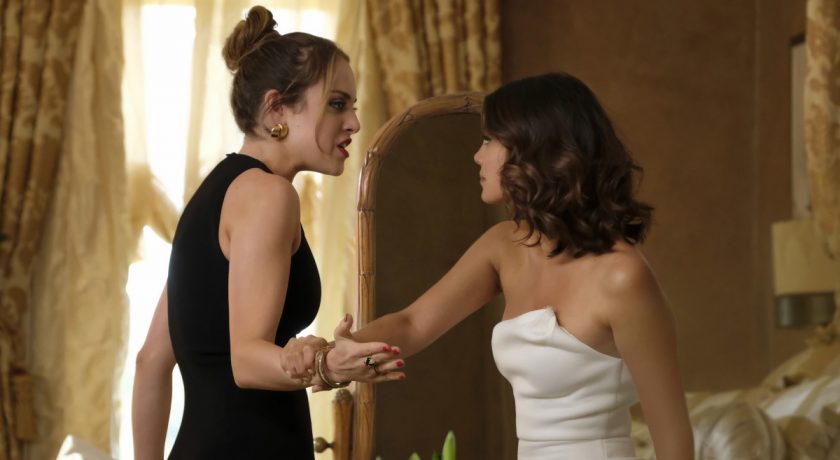 CW’s Dynasty reboot is known for its scandal, loose morals and political correctness, but just in case you might have any doubt that the show leans left, the writers made sure to make it clear in the Wednesday, November 8 episode, “Company Slut.” I mean, the episode name alone…

Interspersed with gay jokes about lube, "jobs" and massages, the show decided to take personal shots at the Trump administration, including Vice President Mike Pence.

While discussing main character Cristal’s (Nathalie Kelley) sex video scandal, Cristal’s stepdaughter Fallon (Elizabeth Gillies) tells her, “You think that scandal is going away? Not until Melania files for divorce or a Kardashian gets pregnant with triplets.”

Later, in a discussion about women in the workplace, employee Kylie tells Cristal, “Who you bang is your business. But you know the conversations happening about women in the workplace. And we can’t even get mentors because guys like Mike Pence are too afraid to have dinner with us, so when you sleep with the boss, and when your wedding ring comes with a promotion, it kind of feels like you proved them right.”

So, it’s not that “guys like Mike Pence” have morals and respect their marriage and spouse enough to work hard to protect both by avoiding the near occasion of sin. It’s that they’re “afraid.” Right.

Then again, morals and strong marriages are a completely foreign concept to a show like this, so I guess we shouldn’t expect them to understand such things.